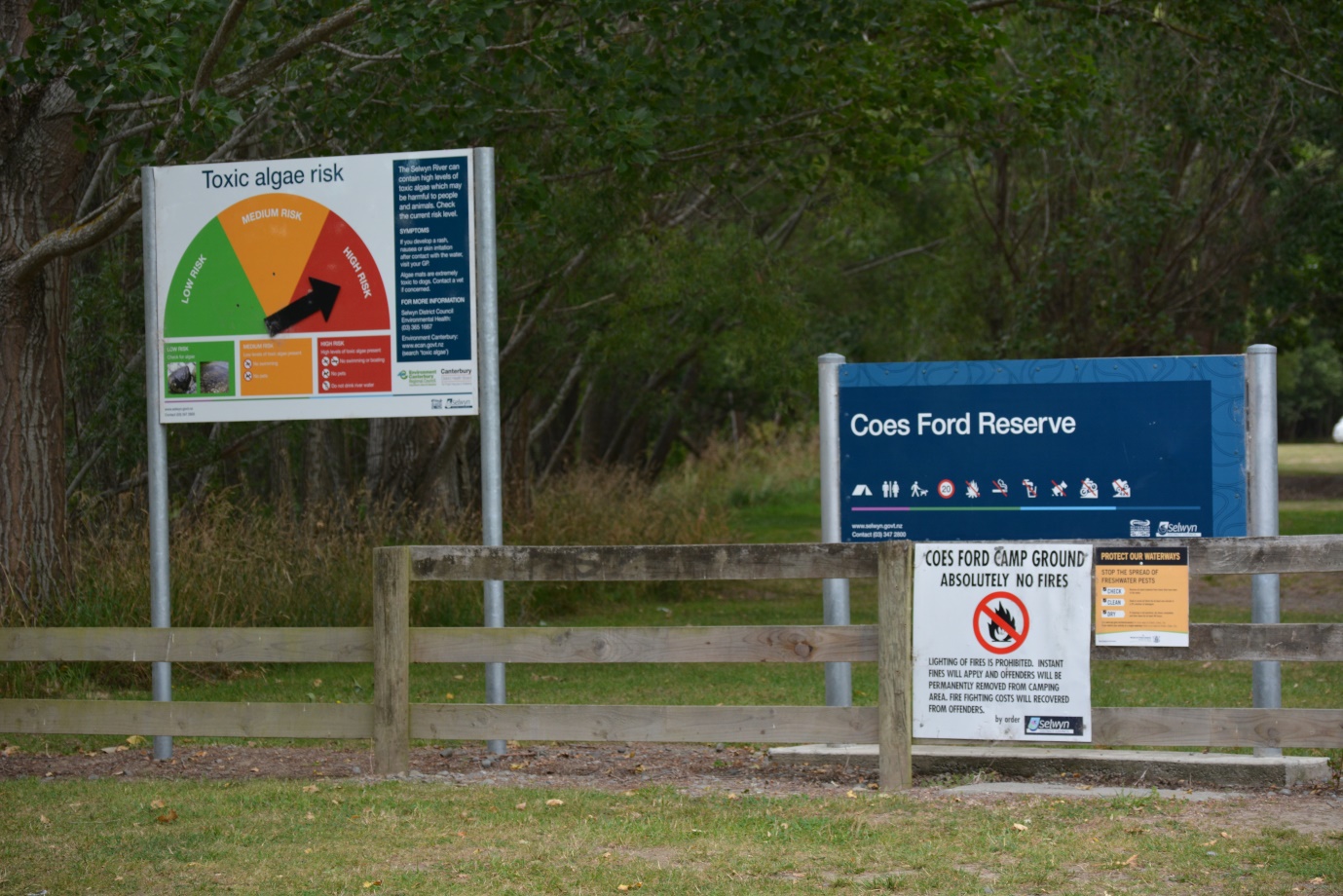 There are a number of toxic algae species associated with freshwater, brackish water, and sea water.

Fish kills may occur in marine or freshwater environments either directly or indirectly following algal blooms: Indirectly due to respiration or from a mass die off of the algae lowering water oxygen saturation to lethal levels. Directly due to physical damage to gills by irritation, or due to algal toxins damaging cells of the liver or gills.

Experimental studies have found fish are remarkably tolerant when freshwater algal toxins are ingested but are highly affected when the same toxins are administered parenterally. (1.)

Higher animals, (humans, livestock, and dogs) are all highly susceptible to poisoning by algal toxins which may cause skin irritation, respiratory signs, liver damage or neurological signs depending on the species of algae, the mode of contact, and the type of toxic produced.

Toxic Algae are likely to emerge as a growing threat to humans and livestock due to ever increasing levels of nutrients entering our waterways from industrial farming practices in combination with global warming.

The latest report on toxic algae in Te Waihora (8/02/22), see the link below, is due to excess nitrate entering the lake from the polluted Selwyn River and other groundwater sourced streams entering the lake. Te Waihora receives an estimated 2,300 tons of nitrate leached from the intensively farmed Central Canterbury Plains plus nitrate leached from treated sewage wastewater and dairy & meat plant waste water applied to land. Modelling suggests Te Waihora can accommodate 800 tons of leached nitrate.

The Canterbury Regional Council (Ecan) Farm Environment Plans and other wastewater consents are proving inadequate in managing the nutrient enrichment of the Selwyn District’s groundwater leaving human and ecosystem health at risk.

The two most frequently reported toxic freshwater algae species in New Zealand both involve species of cyanobacteria or blue-green algae (which are actually photosynthetic bacteria).

Cyanobacteria are found in fresh, brackish, and saltwater.

Cyanobacteria may grow as colonies or benthic mats, or as single cells suspended as plankton in the water column of ponds and lakes.

Overgrowth of cyanobacteria can colour the water blue-green, ranging from pea soup to iridescent hues. In some cases they may produce colours such as orange/red or yellow-brown. Some bacterial colonies float on the surface and, in windy days may be blown into concentrated algae-like mats along the shore where it is easy for livestock or pets to reach them. (4.)

Reports of dogs dying from benthic cyanobacteria have occurred on the Hutt River, Selwyn River, Ashley River, Waikanae, and Mataura River as well as many other locations dotted around the country. 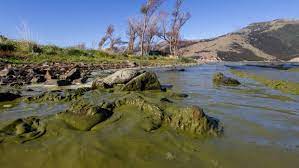 Lake Forsyth in Canterbury is especially vulnerable to blooms of toxic algae due to naturally high levels of phosphorus runoff from adjoining volcanic soils and limited mixing of the upper and lower lake levels due to being sheltered from prevailing winds. (Warm surface water encourages the rapid algal growth).

Toxic cyanobacteria (blue-green algae) are found suspended in the water column of slow moving bodies of water, ponds, and lakes.

Poisonings have been reported along 400 km of the Waikato River, Lakes Forsyth, Ellesmere, Rotongaro (Waikato) and Waihola.

It is likely many animal losses go unreported from other nutrient enriched waterways across New Zealand as gross post mortem changes from acute poisonings are subtle with definitive diagnosis requiring specialist histopatholgy and laboratory identification of the toxin(s) involved.

Ducks and other waterfowl exhibiting flaccid paralysis on sewage ponds especially in summer may be exhibiting symptoms of algal poisoning rather than botulism which is the presumed diagnosis.

Dogs are particularly susceptible to poisoning from benthic cyanobacteria as they enjoy being in the water and can consume the algal mats intentionally or by accident.

The lethal neurotoxin anatoxin-a is believed to be responsible for a number of dog deaths associated with benthic cyanobacteria.

Microcystins (liver toxins) are associated with planktonic algal blooms in lakes and ponds.

Anatoxin-a mimics the effect of acetylcholine. The onset of clinical signs is abrupt (within 60 minutes). Signs include lethargy, muscle tremors, hyperpnoea, cyanosis, paralysis, hyperaesthesis, convulsions and death within 30 minutes as a result of respiratory arrest.

Take notice of Council warning signs, familiarize yourself with the identification of toxic algae species.

Avoid taking your dog to waterways where toxic algae may present.

Once poisoned it is typically too late to save your mate.