Posted on 19/07/2021 by Tony
Opinion by Dr. Charlie Baycroft and Tony Orman
Born in Belfast, Ireland, Clive Staples Lewis (1898–1963) was one of the intellectual giants of the twentieth century and arguably one of the most influential writers of his day. He held academic positions in English literature at both Oxford University and Cambridge University.
His quotes are often brilliant but one that I consider very apt in (what we’re about to say) is this as follows:-
“Of all tyrannies, a tyranny sincerely exercised for the good of its victims may be the most oppressive. It would be better to live under robber barons than under omnipotent moral busybodies. The robber baron’s cruelty may sometimes sleep, his cupidity may at some point be satiated; but those who torment us for our own good will torment us without end for they do so with the approval of their own conscience.”
C S Lewis is very correct.
“Omnipotent moral busybodies” are so dangerous in influencing public opinion – “omnipotent meaning “having great or unlimited power.” With that power they become potent in spreading their gospel.
“Omnipotent moral busybodies” are fervent and evangelical. But they can temper it with calculated cunning in spreading their message into the best places for maximum effect.
Then they are at their best, if you’re one of them.
“Omnipotent moral busybodies” who feel somehow entitled to mind everyone else’s business, are definitely the dangerous breed of all.
They pave our road to hell with their plausible “good intentions”.
Infiltrate Tactic
Look what happened to our political system. The moral busybody activists of the 1970’s and 1980’s realised that the way to get what they wanted was to infiltrate and take control of the political parties and they did. They infiltrated parliament.
Later a prime example was and is the Forest and Bird Society. The late Kevin Smith joined Forest and Bird in 1984 and in 1989 was appointed conservation director for Forest and Bird and moved to Wellington.
In 2000 Kevin Smith became senior conservation officer in the parliamentary office of the then Conservation Minister, Alliance MP Sandra Lee who just happened to be a Forest and Bird member too.
That was a prime example of cleverly infiltrating the sphere of maximum influence.
Forest and Bird have infiltrated into other places of influence such as the Department of Conservation, local government councils, the media – in fact most places where they can exert maximum influence for their ideology.
Meanwhile the outdoor recreation organisations have been left well in the rear, sometimes preoccupied with domestic tiffs, but never realising where the best direction is.
Perhaps the rest of us are more to blame for allowing the likes of Forest and Bird to take this control of our system, government and lives by not competing?
Time for Action!
The only way to restore sanity and integrity to our government is for those of us who are being oppressed and discriminated against to do the same thing.
There are less than 50,000 political party members in NZ and less than 20,000 who are involved, attend meetings and determine who will represent them – and us and what they will do when elected.
Attend a local political party meeting and you will find that there are probably less than 12 people there and they are getting what they want.
It would be so easy to infiltrate, take over and reform the Labour and National parties but no-one seems to have the courage or ambition to do so.
People do not get what they deserve.
That is a myth.
You only get what you earn, negotiate and take.
Smarten up!
If 10 or 15 percent of the hunting and fishing community would smarten up, learn the system and get involved they could have a deep and meaningful influence on future governments.
It’s never too late.
Complaining, petitions, protest demonstrations and trying to negotiate with people that believe any means is justified to achieve their agendas is never going to get us anywhere.
Neither is forming more and more impotent little wanna-be political parties that achieve nothing.
Everyone has probably heard that democracy is government of the people, by the people and for the people.
But they forgot the vitally important part which is government of most of the people by the “omnipotent moral busybodies” minority who have figured out how to work the system to their advantage while the rest by non-participation allow themselves to just get exploited and ripped off because they are too stupid, uncomprehending and/or lazy to participate.
The reason the system fails the fishing and hunting public is because they fail to be involved and represented.
The “omnipotent moral busybodies” minority are in control. 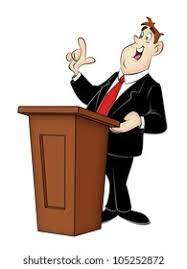 1 Response to Rifle, Rod and Gun Public Have Lost To “Omnipotent Moral Busybodies”