Making Money out of nothing at All 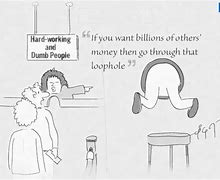 Canterbury anglers have seen a collapse of both the recreational and native fisheries in the lower Rakaia River since the Rakaia River National Water Conservation Order 1988 (RWCO) was amended in 2013.

The 2013 RWCO amendment proscribes a complex set of conditions for the “storage” of irrigation water in Lake Coleridge during periods when natural river flows exceed the RWCO monthly minimum flows.

Anglers’ fears that the consented water storage regime have not been complied with by Trustpower has been confirmed in a recently released partial Environment Canterbury Report;

“The “Lake Coleridge Project” is defined in the RWCO Amendment Order 2013. This amendment specifies additional rules to the RWCO 1988 about damming, diversion, takes, and discharge of water, as well as rules about “Stored Water” for irrigation use. Prior to the amendment, Lake Coleridge storage was only used for hydro-electricity generation purposes, without the ability to store water for irrigation.

The “Lake Coleridge Project” was originally anticipated to include major changes to physical infrastructure (new canals and powerhouse); however, the current approach is to use existing infrastructure. With the amendment, “Stored Water” can be released upon request, to meet downstream irrigation demand during times of low river flow. Only users who have a contract with Trustpower can order this “Stored Water”.

In February 2015, Trustpower implemented another change to how “Stored Water” is managed. The change involves utilising the entire lake when accounting for stored water for irrigation, rather than only water that can be physically accessed within the operating range. This occurred without an amendment to the RWCO 1988”.

Without changes to the original RWCO there would be insufficient natural flows in the Rakaia River to give certainty of supply to approximately 100,000 ha of planned new irrigation under the Barrhill Chertsey and Central Plains Water enhancement irrigation schemes.

The solution was to “store” water in Lake Coleridge where Trustpower could both generate electricity and then sell the water to contracted irrigation schemes.

The 2012 Ecan managed Lake Coleridge Project consent Hearing recommended the necessary consents based on Trustpower’s application that outlined a three stage plan with stage III involving raising the level of Lake Coleridge for increased water storage and the construction of a canal with a capacity of 25 m3/s to carry water directly from Lake Coleridge to the Central Canterbury Plains. Between 4 and 6 small hydroelectric power stations were to be built along the proposed canal.

Since the 2012 Hearing only Stage I and Stage II have been implemented. This gives Trustpower the windfall of being able to sell Rakaia River water to irrigators without having to spend a cent on infrastructure other than the pumping station at Highbank to supply the BCI scheme.

The “water storage” in Lake Coleridge is in essence virtual water storage where Trustpower had a degree of control over when the outflow water is released.

This is limited by the inflows into Lake Coleridge and restrictions on the operating levels of the lake.

There is insufficient accessible storage to hold enough “stored water” within these levels to meet the needs of irrigators and comply with the original RWCO 1988.

Perhaps unsurprisingly Ecan’s Government appointed Commissioners appear to have accepted this blatant non-compliance in 2014. The Commissioners were after all appointed to greatly expand irrigation within the Canterbury region and by becoming complicit in Trustpower’s unconsented (altered) water balance method, irrigation was allowed to take precedence over the Rakaia Water Conservation Order, (Amended 2013).

With the return to a democratically elected Canterbury Regional Council anglers would have hoped for a council with more integrity.

Sadly it seems Ecan finds itself unable to end this unconsented non-compliance. The September 21 partial Ecan report appears to be an attempt dodge the compliance question by purporting to be a scientific study into the generalities of water budgeting. Typical of the “issue avoidance” we have come to expect from one of New Zealand’s largest business friendly Regional Councils.

Ecan is a council of “Ecan’ts”;

1 Response to Making Money out of nothing at All