Posted on 07/11/2021 by Tony
Special Report
TrustPower a NZX corporation, has allegedly been selling water to irrigators outside limits laid down by the 2013 amended Rakaia Water Conservation Order (WCO) says the New Zealand Federation of Freshwater Anglers (NZFFA).
“In addition evidence strongly points to other downstream consent holders abstracting Rakaia River flows beyond their consent limits,” said NZFFA president Dr Peter Trolove.
The incomplete Ecan report records how TrustPower elected to “store” water within the inaccessible part of Lake Coleridge for later sale to contracted irrigation schemes.
“TrustPower allegedly adopted this method of water budgeting unlawfully and without consent. They clearly did not follow the water harvesting formula proscribed in the amended RWCO.”
Scandalous
Terming it as “ scandalous”, Trolove said a National Water Conservation Order (NWCO) is the river equivalent of a National Park requiring Parliament to make changes or amendments unless the amendments can be shown to be “minor or less than minor”.
It shocked him that the excessive drawoff by the corporate TrustPower and downstream irrigators had been allowed by public agencies meant to be monitoring the WCO conditions, to happen.
“Environment Canterbury, the body who managed the consenting process for the Lake Coleridge Project and the other consents to abstract water from a river with a National Water Conservation Order NWCO has been either negligent, incompetent, complicit, or simply derelict in its duty as legislated in the RMA 1991.”
No Support
After the RWCO was amended there has been unequivocal evidence that the  recreational fisheries, native fisheries, outstanding landscapes and jet boating have all suffered major or critical environmental effects.
“These are the key elements the original NWCO Rakaia River 1988 was enacted to protect,” said Trolove.
He also targeted the lack of interest and involvement by the Department of Conservation and the Ministry for the Environment.
Enquiries to the Minister for the Environment David Parker resulted in no support for rectifying the “scandalous” situation.
Contact: Dr Peter Trolove (03) 324 2779 or 029 779 0295 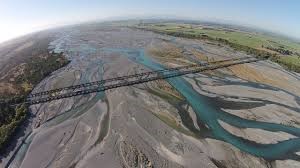 <c> Rakaia River – being “de-watered”
This entry was posted in Articles. Bookmark the permalink.