The Ministry for the Environment is presently drafting legislation to replace the RMA (1991) which has been judged not fit for purpose – The Natural and Built Environments Bill.

While it is true that the fate of New Zealand’s freshwater is decided by law, the law has been badly let down by suspect scientific evidence provided by sworn expert witnesses in particular at consent hearings overseen by Government appointed Ecan commissioners, appointed under the Ecan Act 2010.

Without mandating some form of accountability backed by strong sanctions, “expert” witnesses will continue to sell their services to the highest bidder to the detriment of our freshwater.

Nearly 10 years on it is clear to anyone with an interest in the fate of one of Canterbury’s largest iconic braided rivers, that the effects of the consented amendments from the 2012 Lake Coleridge Project (LCP) Hearing have been far greater than the “minor or less than minor” effects claimed by the applicant’s hired experts.

The primary purpose of the Rakaia NWCO was to protect the outstanding landscapes, fisheries, recreational fisheries and jet boating that once existed in this popular braided river less than one hour’s drive from the South Island’s largest city.

Since the BCI irrigation scheme and Stage II of CPW have been completed the Rakaia River has seen;

While the Hearing Commissioners determined that the issue of groundwater pollution from the out of river use of the abstracted Rakaia River water would be the subject of future consent hearings, the CPW irrigation scheme has caused measurable increases in nitrate levels in the groundwater beneath vulnerable irrigated Central Canterbury soils leading to Eco toxic nitrate levels in the Selwyn District’s aquifer fed rivers and streams. Ecan’s subsequent decision making on this matter was critically recorded in a 2015 submission by the Environment Institute of Australia and New Zealand Inc.

“In the Central Plains Irrigation hearing for example, the commissioners did seek independent advice under section 41. Advice was sought but this advice was largely ignored in reaching their decision. That advice indicated that: • several nitrogen thresholds were likely to be exceeded: nitrates in drinking water was already in excess of the nitrate health standard in 5% of groundwater monitoring wells and the effect of Central Plains development was to increase this percentage; • the groundwater-fed streams exceeded the periphyton and macrophyte guidelines for nutrients and the Central Plains Scheme would make this worse; • the nitrate toxicity in groundwater-fed streams was above the ANZECC Guidelines criteria and would be increased by Central Plains; and, • the increased groundwater flow and increased nitrate levels would increase the Trophic Level Index for Te Waihora Lake Ellesmere from 7 to 7.2 when the TLI goal for the lake is 6.0. • even without Central Plains, nitrate levels in the catchment would get worse as effects on groundwater from current land use intensification eventually reached the groundwater-fed streams and Te Waihora Lake Ellesmere. In their decision, the RMA Hearing Commissioners stated they had considered the advice provided in the Section 41 report but they did not explain why the matters raised in that report failed to influence their decision which was to approve the application.”

These outcomes are not “minor or less than minor”

In terms of the amendments to the original Rakaia River NWCO the outcomes have been major, and in the case of Stokell’s smelt critical.

Expert witnesses hired by Trustpower who stated under oath in their respective Statements of Evidence that they were expert and that they would abide by the Code of Conduct for Expert Witnesses in the Environment Court 2011 include;

*Of the witnesses named above Martin Unwin professionally stated what was known and what was poorly understood, and what was not known about the Rakaia River salmon fishery. However this did not prevent him giving his expert opinion that the effects of the LCP would be “minor or less than minor”.

Due to a lack of understanding of the complexity and interactions between the geomorphology, flow variability, and species that make up the catchment-wide ecology of the Rakaia River, the three Hearing commissioners were obliged to depend on expert opinion in lieu of verifiable scientific evidence. Expert opinion that is referred to throughout the 107 pages the commissioners wrote in defence of their decision.

No doubt the Chair of the Hearing commissioners, Hon. Peter Salmon, was prompted by his legal experience and concern for his own reputation when he required sworn affirmations from the experts to adhere to the Code when he set the Terms and Conditions for the LCP Hearing.

The Code required the “experts” to state where they could reliably defend their expertise and where they were not expert. If other submitters were to show their evidence was unreliable, inadequate, the Hearing must consider them not to be experts.

The LCP Hearing was conducted under the Ecan Act 2010, S. 52 of which excluded the jurisdiction of the Environment court, while S. 53 allowed a right of appeal to the High Court on points of law.

It is a tragedy that the Key Government drafted legislation that targeted irrigation development to the exclusion of balanced technical & scientific debate.

An un-validated and un-verified model, RHYHABSIM, was applied to the middle reaches of the Rakaia River where modelled “habitat”, (or space in the river), was not limiting. This made the results meaningless, yet the modelled “answers” formed the framework on which the unfounded “expert” opinion was based.

If these witnesses had acted in accordance with the Code they had sworn to abide by, the Hearing commissioners may have reached a different decision after giving regard to the Vision and Principles of the Canterbury Water Management Strategy…..”a cautious approach is taken when information is uncertain, unreliable or inadequate”

Should these experts whose opinion sealed the fate of the Rakaia River be given immunity from the consequences of their (incorrect) expert opinion?

None of these experts visited the hapua zone where 95% of the fishery exists (existed) [S.F. Davies et al. 1983] before giving their (expert) opinion.

Why should these hired experts be allowed to offer” expert” opinion at future environment hearings?

The New Zealand Federation of Freshwater Anglers believes in a Code of Conduct for expert Witnesses in the Environment Court and at equivalent environment hearings.

Submitter against the LCP 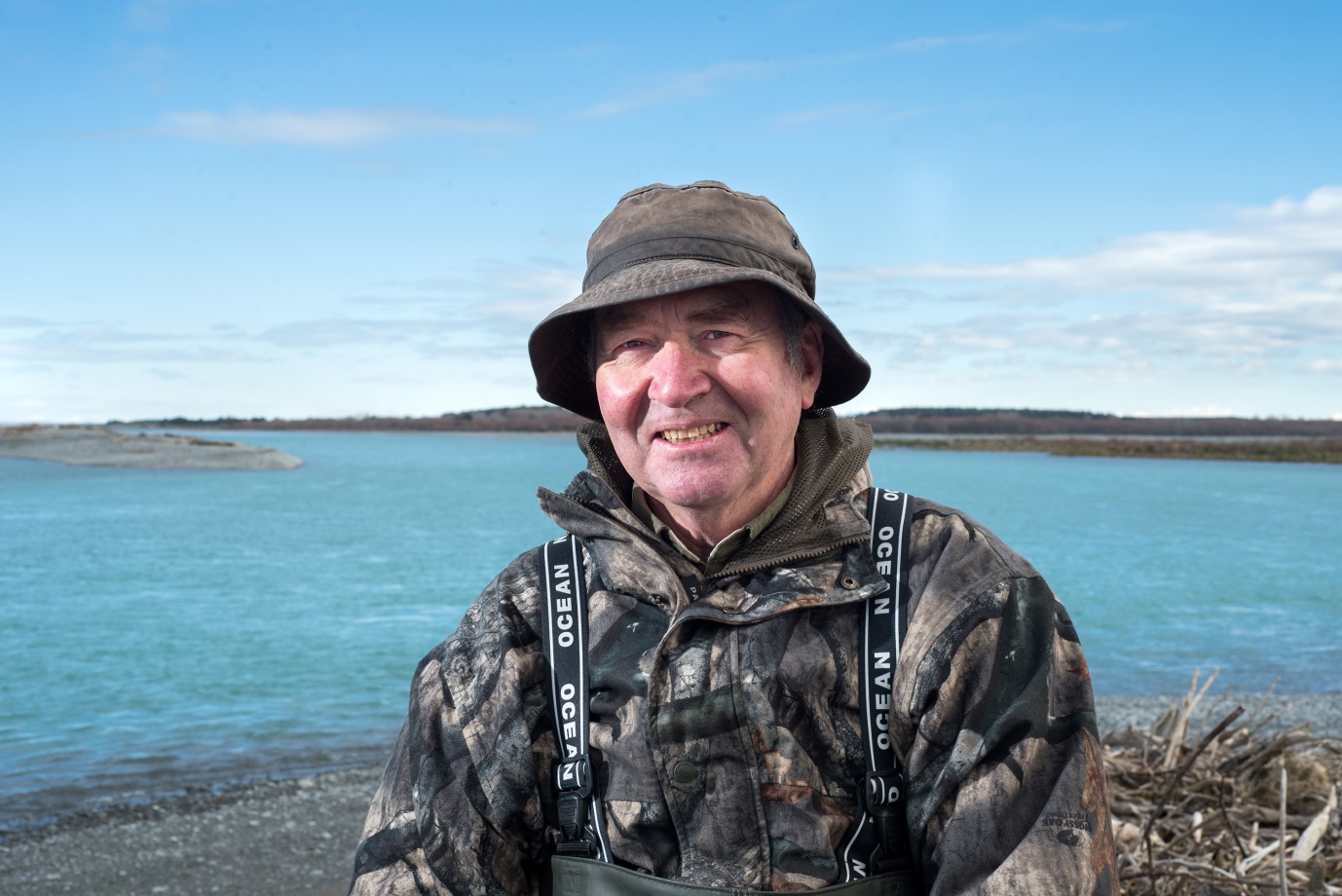