A Ministry of Business Innovation and Employment (MBIE) and Fonterra commissioned an investigation by New Zealand Food Safety and ESR finds it is safe to drink nitrate polluted water – Ethical independent public good science or a New Zealand version of “Dumbfuckery”? *

*Some on the media sub-committee of NZFFA have reservations that readers may rightly be disturbed by the writer’s use of “dumbfuckery”.

After deliberation, the consensus is that the duplicity of one of New Zealand’s largest corporates, Fonterra, combining with New Zealand Government Ministries, NZ Food Safety and the Crown Research Institute – Environmental Science and Research (ESR) to create a commissioned Public Relations report minimising water pollution in the guise of peer-reviewed research deserves nothing less than the strongest possible response.

Dumbfuckery is borrowed from the Australian comedienne Daniel Hamilton, and it is in the context of the YouTube link below that this shocking but apt word is used. 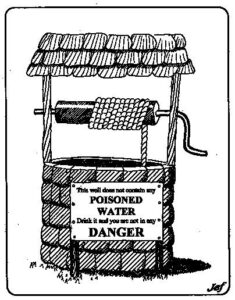 The apparent altruism shown by Fonterra and MIBE might be hiding a darker agenda;

An unsustainable level of diffuse pollution from New Zealand’s largest primary industry has been polluting this country’s freshwater in recent decades. Aquatic life, (macroinvertebrates, amphibians, vulnerable life stages of recreational and native fish), is being lost to toxic levels of nitrate in freshwater.

It seems the Department of Conservation (DoC), Ministry for the Environment (MfE), MIBE, & Ministry of Primary Industries (MPI), are staunch enough to sustain public outrage from anglers concerned about the extinction of native fish, (and the birds that feed on them), and to ignore the health of rural residents and recreational users of freshwater due to the importance of “the economy”.

Regional governments are doing their part to support the economy by freely issuing consents for farms and processing plans to pollute to levels that are not environmentally sustainable – Public pollution for private profit.

The fact that 800,000 New Zealanders are exposed to polluted groundwater from drinking from unregulated private wells is not a good look for New Zealand Inc.

With growing concerns about correlations between bowel cancer, and short term pregnancies & premature births, this “research” is timely and its integrity critical.

The question is can this “research” be trusted?

Evaluation by a “gumboot information broker”

As a long-serving veterinarian, I have had occasions where I have been asked to act as an information broker to evaluate the worth of a scientific publication or advertorial.

While there is no way to ensure you can get to the truth, it is helpful to adopt a systematic approach to improve the accuracy of your evaluation:

Through my monitoring of rural wells for NZFFA and Greenpeace, I have tested water from over 600 wells for nitrate. Only a small subset of these samples has nitrate levels close to or above the New Zealand Maximum Allowable Value (MAV) for nitrate of 11.3 mg/L NO3-N.

100% of a smaller number of well owners with bowel cancer came from this subset.

As a qualified fish vet, I know water quality as it relates to fish health. There are lowland streams in Canterbury with nitrate levels toxic enough to kill trout eggs and fry.

It is helpful to rank publications giving the highest ranking to peer-reviewed papers published in reputable journals. Open-sourced non-peer-reviewed articles from the press and internet must be read with caution along with drug company literature where there is pressure to “cut and paste” scientific articles to best commercial advantage.

There is no guarantee that any source is either right or wrong but independent peer review is an accepted best practice for validating research.

The research authors are employed by the Risks Assessment and Social Systems Group of ESR. This purported peer review is therefore little more than in house quality assurance.

A summary of this report was first published as a press release by the authors, NZ Food Safety and a science reporter in the Waikato Times on 30 August 2021.

This is unusual, as the Waikato Times is not one of the many recognized scientific publishers.

Has this research been targeted at readers of the Waikato Times?

Belinda Cridge: “I would be happy to drink the water downstream of the1080 drop” Hawkes Bay Today, 27 Sep 2018

It is necessary to consider the purpose of this corporate and government-commissioned research and question if there might be commercial or political bias.

In this case, the study was funded by Fonterra and MIBE. There is participation from NZ Food Safety, with the study contracted to ESR.

There are difficulties in achieving independent public good science under such relationships.

The premise and design of the “research” appears to be that because there are greater amounts of nitrate in food than water then a chemical risk assessment of the eating habits of New Zealanders would provide proof that public health concerns regarding nitrate polluted water are unfounded. This is despite a growing body of evidence including several large cohort population studies showing a clear correlation with cancer.

What the researchers elected not to consider and could not possibly understand were the pathogeneses by which the metabolites of nitrate (nitrosamines) cause disease within the body.

This is reasonable as this information has yet to be understood by scientists due to multiple interactions between bacteria, the body’s many biochemical pathways, and varied components of the diet.

We only know nitrate in water is absorbed orally and is readily converted to nitrite, a powerful oxidant, by bacteria in the mouth in an alkaline environment, and that food is absorbed in an acidic environment in the stomach.

What have yet to be determined are the multiple paths leading to the development of disease and the many associated factors that might contribute to an adverse outcome.

This study appears to make claims beyond the evidence provided.

The nitrate levels used in the study, taken from the national database of council water supplies, massively underestimate the level of nitrate in groundwater in intensive dairying regions such as Canterbury where maximum readings for some groundwater-fed lowland rivers and streams exceed the MAV for nitrate.

The correlation studies showing links to cancer from nitrate in drinking water involve very large sample sizes and long term exposures of up to 20 years and are red flags that cannot be dismissed by a simple chemical risk assessment.

Without understanding the processes, the authors have not provided proof that nitrate in drinking water does not increase cancer risk.

The “cheap and cheerful” advice to take vitamin C and all will be well, (without evidence), is disturbing advice from research carried out in conjunction with NZ Food Safety.

The press release should be seen for what it is; PR damage control by an exposed corporate and a complicit Government.

Shades of the Tobacco Industry and its lobbying in the 1970s!

My evaluation leads me to conclude that ESR, the State’s corporate science authority, has constructed “research” following its clients’ brief.

Fonterra and MBIE have purchased a report of dubious worth to deflect public anger due to the dairy industry polluting our environment to the point that it is beginning to threaten public health, and to which central and regional government has failed to respond in a timely and meaningful manner.

A chemical risk assessment considers RISK and EXPOSURE. This report shows the authors do not know the risk and have grossly understated the exposure of nitrate in drinking water.

Their action in publishing their “research” in the Waikato Times supports my opinion ESR and NZ Food Safety are complicit in a cynical public relations exercise to protect the reputations of Government Ministries and Fonterra.

It would be far better for the Government and Fonterra to provide adequate funding to the Otago University medical researchers struggling to undertake critically important medical research on the potential public health effects arising from drinking nitrate polluted water. 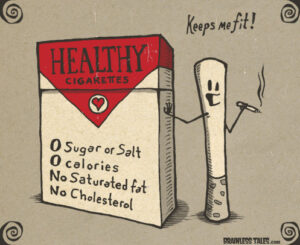 “Sometimes I wonder whether the world is being run by smart people who are putting us on or by imbeciles who really mean it” Laurence J. Peter, The Peter Principle