Why are the Polluters “Managing” our Freshwater?

Posted on 03/02/2021 by Tony
by Dr Peter Trolove
President NZ Federation of Freshwater Anglers (NZFFA)
In the US the Environmental Protection Agency EPA sets the limit for safe drinking water at 10mg/L NO3-N
In New Zealand the maximum acceptable value for nitrate in drinking water is 11.3 mg/L
Both these limits are considered toxic for human babies less than 6 months old.
In Canterbury the Canterbury Regional Council, (Ecan), is responsible for managing the region’s freshwater quality, quantity, and ecosystems through managing land use.
Ecan has delegated this responsibility to the Canterbury Water Management Strategy, (CWMS), with its 10 Water Zone Committees created primarily to oversee freshwater management for the purpose of increasing the scale and efficiency of irrigation in the region.
Over a Million Cows
Massive irrigation development in Canterbury has seen dairy cow numbers rise from around 120,000 cows to 1.2 million. Seventy per cent (70%) of the recently developed irrigated dairy farms are located on coarse, porous, “leaky” soils prone to nitrate and pathogen leaching into the shallow aquifers beneath.
Ecan allows the Water Zone Committees, heavily weighted with water users, whose income is dependent on pollution, to set the pollution limits for the aquifers within their zones.
This has proved to be an environmental disaster for Canterbury’s lowland aquifer sourced rivers and streams, as the water zone committees have completely ignored aquatic ecosystems when setting limits for nitrate leaching.
Profits First
An increasing number of rural wells exceed the 11.3 mg/L limit, evidence that the Water Zone Committees are more concerned with profit than public health.
The Environment Canterbury Temporary Commissioners and Improved Water Management Act 2010, Ecan Act, legalized this situation by giving legal primacy of the CWMS over the RMA 1991.
While Ecan Act has achieved its purpose in greatly expanding the areas of Canterbury under irrigation to over 500,000 ha, that expansion has come with the cost of a concurrent increase in water pollution, both nitrate and pathogens, primarily due to industrial dairying.
The Selwyn Te Waihora Water Zone has set a nitrate limit of 8.5 mg/L for the unconfined aquifer in its zone. It has conducted no nitrate testing or monitoring of its plan to manage nitrate pollution.
Vested Interests
The Zone’s farm environment plan is based on a conceptual model (OVERSEER) initially developed by a fertilizer company. The Ministry for the Environment (MfE) presently has an independent panel assessing whether OVERSEER is fit for purpose.
Again vested interests are in control.
Why are we continuing to let those who profit from pollution set pollution limits based on an as yet, unproven model?
Why are New Zealand’s public health and environmental protection agencies not in charge?
Where’s DoC?
Why has the Department of Conservation not turned out to defend Canterbury’s Water Conservation Orders (WCOs) established to protect the region’s iconic braided rivers whose flows are being abstracted to the detriment of these rivers’ fish habitat – native as well as trout and salmon?
Why did Ecan not take a precautionary approach to this massive irrigation development, as required by legislation, when Ecan knew that there were no proven means to manage or regulate the nitrate pollution that they knew would follow?
Future generations of Cantabrians will be left to address the consequences of mismanagement and self-interest from Ecan and the Water Zone Committee’s pollution tolerant “farm environment plans”. 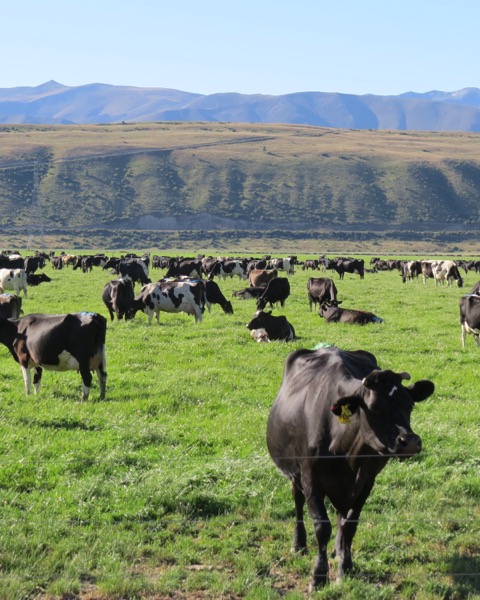 7 Responses to Why are the Polluters “Managing” our Freshwater?