Posted on 27/01/2021 by Tony
A very recent Radio NZ report of 26 January has told of Waikato farmers being warned to clean up their farms. Recently seven farms across the Waikato have been prosecuted under the Resource Management Act for discharging farm effluent into the environment.   One of them was Trinity Lands Limited, whose chief executive Peter McBride, is also the chairman of Fonterra.Trinity Lands was convicted after a complaint from a member of the public, in relation to over-application of effluent on a farm at Tirau in October 2019.
The company was fined $46,900 by Judge Melinda Dickey in the Tokoroa District Court with the sentence formally issued on last week.
Waikato Council regional compliance manager Patrick Lynch said corporate farmers should be leading the way and setting the standards for others in the industry.
“The larger your enterprise, the larger potential risk to the environment if things aren’t managed well and we are asking all farmers to be vigilant and all farmers to have good systems and manage them well,” Lynch said.
“And of course if you are a multiple farm owner, our expectations are across all of those farms all of the time.” 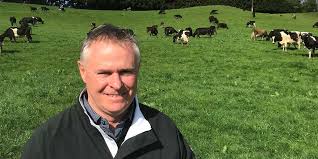 This entry was posted in Articles, Home, Newsletter. Bookmark the permalink.