Posted on 04/05/2020 by Guest
by Tony Orman
I still regard October 1 as a special day, the opening of a new trout season heralding spring and early summer. It used to be in the 1950s when I was a barefoot kid fishing the Manawatu and its tributaries the Kahuterawa, Tokomaru and Tiritea there was a six month closed season during the winter from April 30 with the new season opening October 1. it didn’t matter too much. I was immersed into playing rugby in winter.
I have to admit and I’m not alone in this, that I still hold to that regime except deerstalking mainly with the camera, has replaced rugby. Besides there’s some good old books to be read, magazines browsed and a few flies to be tied.
on books, I have a few favourites I enjoy re-reading not in whole but just dipping into individual chapters.  One is “Fisherman’s Luck” written by Henry van Dyke. I picked it up at in a second hand book shop. “Five shillings” is written inside for the price and it came from Wellington’s suburban Ngaio Library. First published in 1899, my edition is 1913.
A favourite I delved into was  “Remembrance of Rivers Past” by American Ernest Schwiebert. Ernest Schweibert was apparently a flamboyant character and a man of considerable ego and confidence.
Ernest Schweibert “Remembrance of Rivers Past” is a collection of stories of his world wide fishing from the USA to Tierra del Fuego at the bottom of South America to Norway and other places. It’s wonderfully written and with a strong sense of humility.
Of New Zealand books a favourite is Alex Gillett’s “Taupo Fishing Diary.” I rate Alex Gillett’s ”Taupo Fishing Diary” as tops. Yet it never really connected with the New Zealand trout fishing public, probably because it was not about “how” or “where”. It’s full of Alex’s delightful style of writing, much sensitivity and an appreciation of the natural world surrounding just going fishing. John Parson’s books are similarly a delight. But here’s a writer you may not have come across? Roderick Haig-Brown.
Roderick Haig-Broiwn was born in England. His many uncles loved outdoors sport and taught him to fish and shoot, but it was a family friend, Major Greenhill, who served as Roderick’s sporting mentor and taught him both the skills and the ethics of sportsmanship. The estate’s gamekeepers, particularly one  nick-named “Old Fox”, introduced him to the importance of conservation and the complexity of the environment.
Haig-Brown found his way to British Columbia Canada where he worked  as a logger, commercial fisherman,  as a skilled fly fisherman was an occasional guide to visiting anglers and a writer. He returned to England in 1931 but returned to BC at the end of the year, married and  settled on the banks of the Campbell River, Vancouver Island.  Roderick Haig-Brown published twenty-three books, wrote numerous articles and essays, and became most famous internationally for his writing on fly fishing and the natural world.
In a colourful working like he was in the Mounties, a magistrate for the town of Campbell River from 1941 until 1974,  a trustee of the Nature Conservancy of Canada, an advisor to the BC Wildlife Federation, a senior advisor to Trout Unlimited and the Federation of Flyfishers, and a member of the Federal Fisheries Development Council and the International Pacific Salmon Fisheries Commission plus Chancellor of University of Victoria from 1970 to 1973. He served three times on the Federal Electoral Boundaries Commission for British Columbia. These many responsibilities prevented him from devoting much time to writing in the last decade of his life.  His life in his mature years features in many of his books, especially “A River Never Sleeps”.
Now this book is truly a classic. One reviewer said”few books have captured the haunting world of music and rivers and of the sport they provide as well as A River Never Sleeps. Roderick L. Haig-Brown writes of fishing not just as a sport, but also as an art. ‘A River Never Sleeps’ is one of the enduring classics of angling. It will provide a rich reading experience for all who love fishing or rivers.”
Try googling for it. It’s been reprinted because it’s so good! 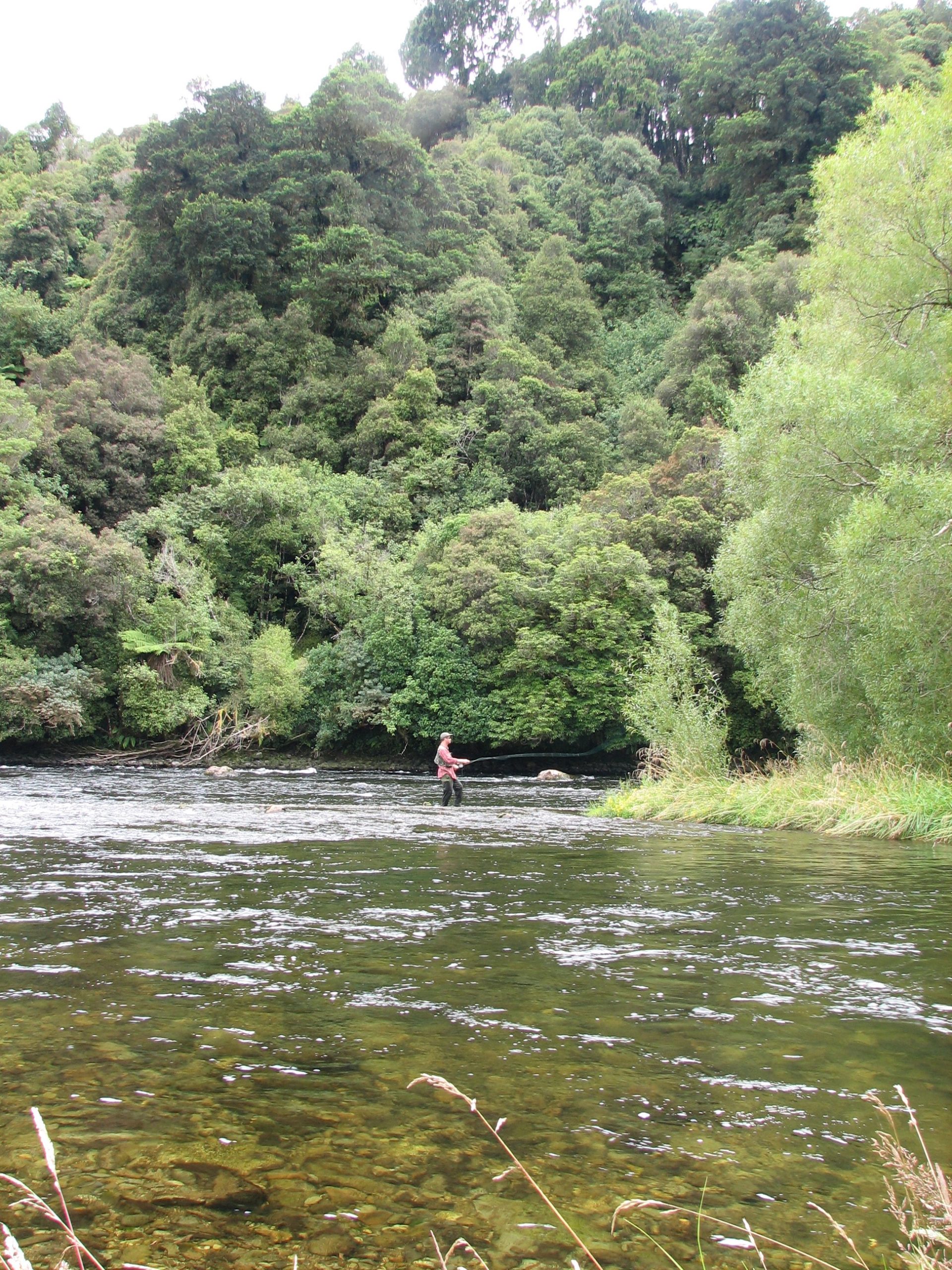