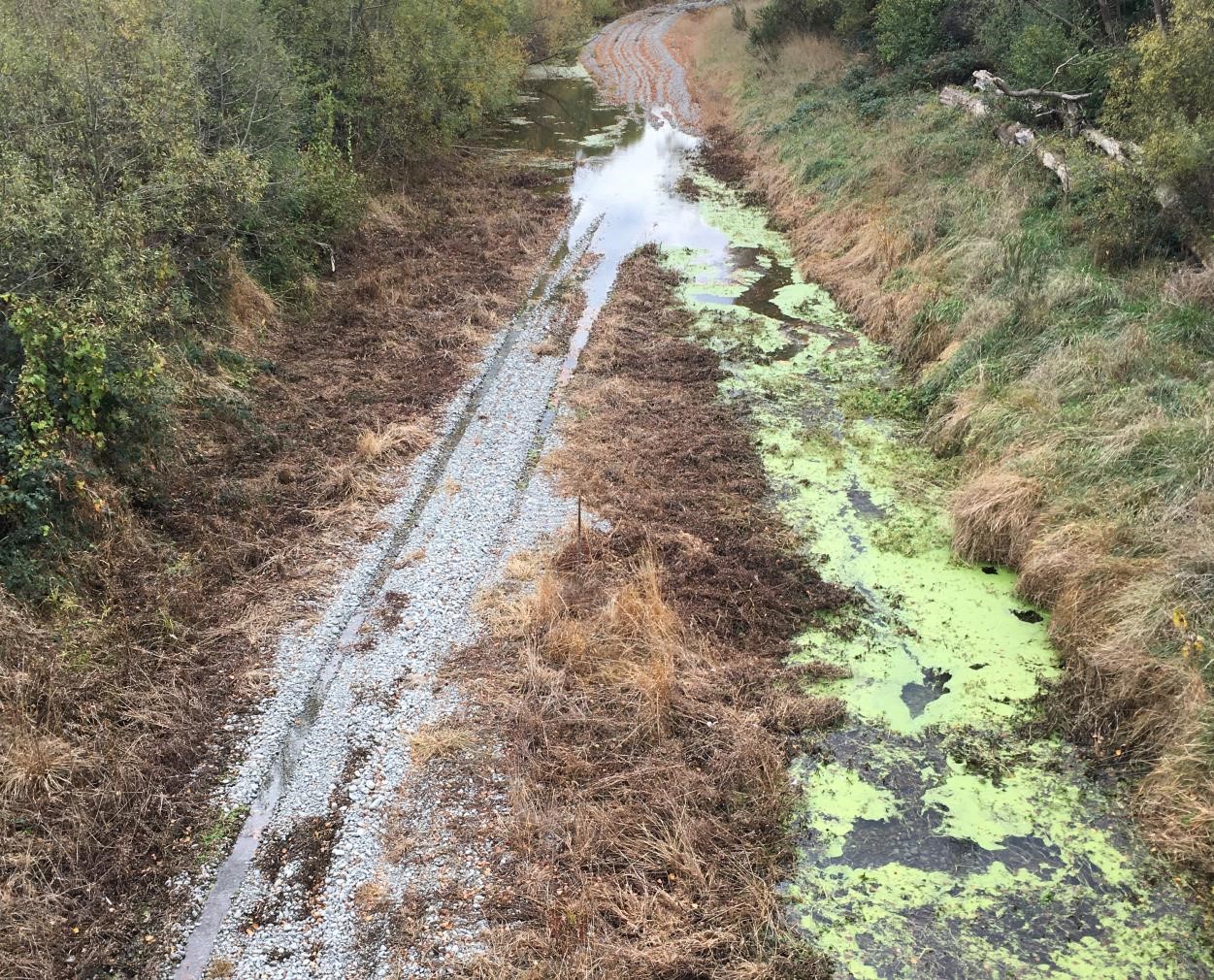 You would think that having a nitrate level of around of around 6.5mg/l, most of your flow removed, and all your fish gone would be enough of an environmental hit, but no, it appears some think more was needed, a bulldozer has recently driven down the river, mostly with its blade down, no doubt to facilitate the spray truck which has followed spraying all and sundry including the water!

Just what is wrong with the decision makers who would allow such a complete and overwhelming environmental catastrophe to take place?

Out of the way and clearly out of mind for most, it is on this little stream this person learnt to fish many moons ago

Significant change started some 15 years ago, bit by bit, first all the little fish disappeared, then slowly with no replacements, the larger adults went too. Then a dry season followed and the water all but dried up, and that was that – it has never recovered since

The reasons are quite clear, the lower river is mostly fed from springs that in turn are fed from ground water. My view is the change from border dyke to spray irrigation reduced the amount of ground water recharge, so less water for the springs. Critically for the river, it also meant the existing ground water irrigation takes, consented when the ground water levels were much higher, are taking water from an environment with less capacity, i.e., a reduced volume of ground water storage. These combined impacts mean the ground water has been drawn down lower than it naturally would be, and therefore the flow in the river is now exceptionally low.

Pump shed beside a dry drain, the pump was still running, undoubtedly abstracting from the ground water below the drain

A long with the changes in the type of irrigation used, a large proportion of the irrigated land has converted to dairy, where urine produced nitrate easily leach through the thin topsoil’s to find its way into the ground water system, hence the high nitrate levels in the river. 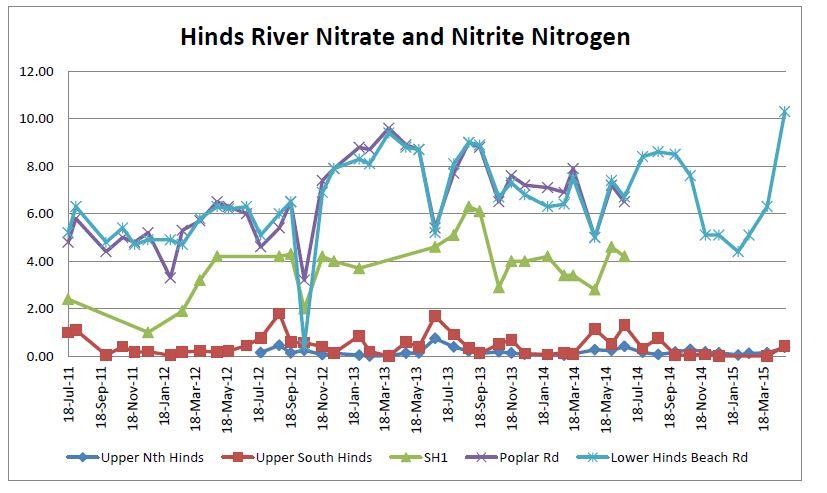 The graph shows the nitrate levels over recent years

The Hinds River is within the receiving environment for the recently re-consent MHV irrigation scheme. A huge scheme with 56500 hectares re-consented. There are no other industries within the area – it is all farmland – the source to the nitrates cannot be disputed. 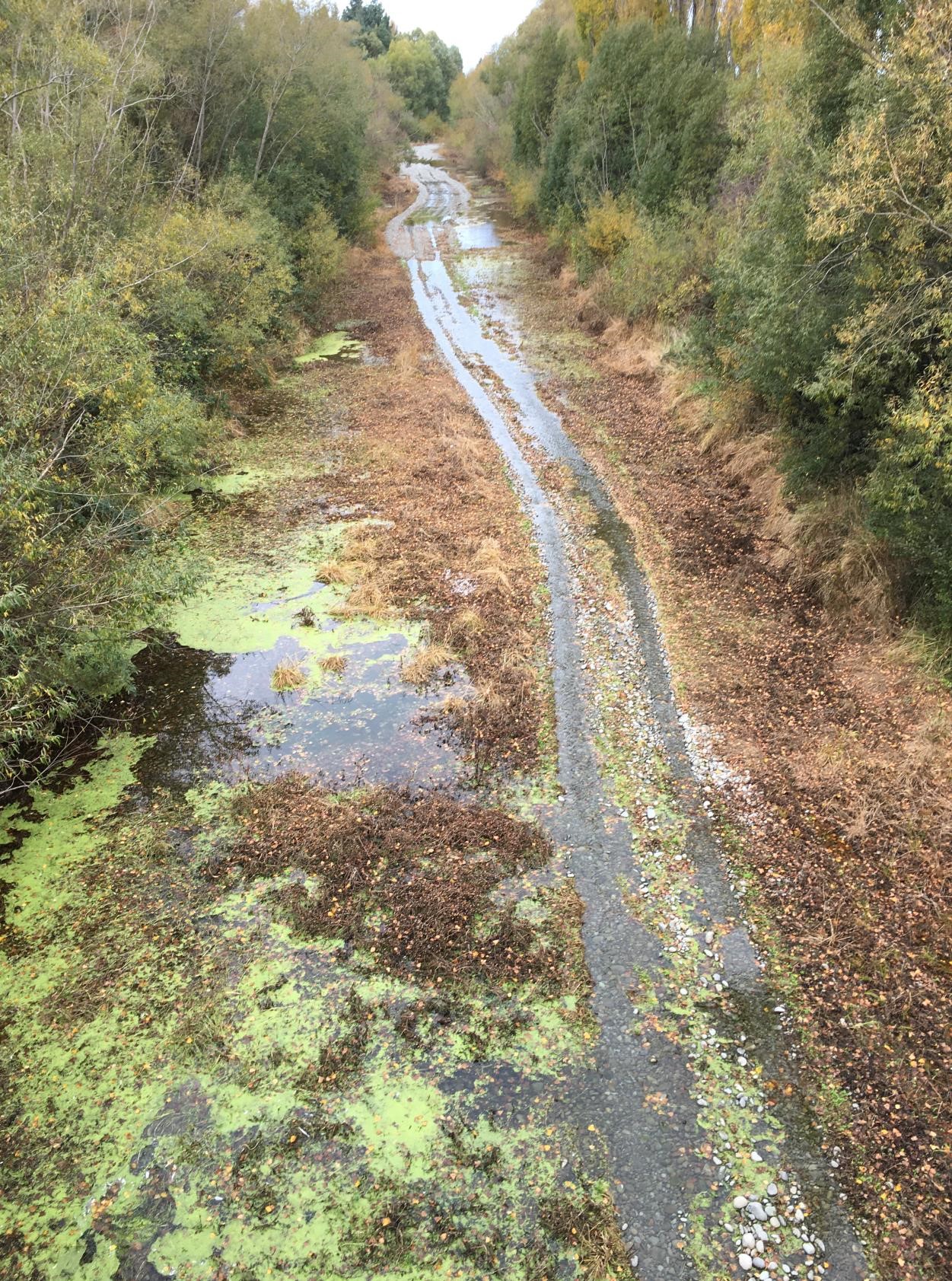 The Mayfield-Hinds-Valetta (MHV) irrigation scheme was recently re-consented non notified, meaning the public were excluded from having their say on this scheme and the clear impacts on the environment.

Environment Canterbury are responsible for river flood control work, which is likely the reason for the bulldozing and spraying of the riverbed.

This entry was posted in Home, Newsletter. Bookmark the permalink.

9 Responses to The Environment, Canterbury