Returning from a trip to Christchurch I elected to sample a series of flowing drains/springs in the Springston to Selwyn area covering the length of Chamberlains Road (5) plus the Selwyn River at Chamberlain’s Ford and a tap at the Irwell Hall.

This was prompted by the observation that Chamberlain’s Ford consistently tested higher for nitrate than Coe’s Ford lower down near Te Waihora/Lake Ellesmere:

These results are some of the highest recorded over the past 12 months of testing the Selwyn Water Zone. There is a seasonal influence where July, August, September and October will have higher readings due to slow/absent plant growth over winter.

It seems that the wetter anaerobic soils near Te Waihora may be reducing the NO3 levels to some degree.

Results like these show why Minister for the Environment David Parker shied away from setting a national standard for nitrate of an annual mean of 1.0 mg/L DIN (dissolved inorganic nitrate is roughly the same as NO3-N).

It will be interesting to monitor these streams for the next few months.

On investigation I learned this product was destined for retail sale in a major supermarket chain in Christchurch.

While there was some merit having a small amount of nitrate removed from the stream margins in this way, my training as a public health vet prompted concerns re food safety.

The LAWA website cautions against swimming at this site:

Pathogenic E. Coli have been found in the Selwyn River:

Contaminated watercress has caused food poisoning in the UK

If the river may not be safe for swimming, how safe is it to sell fresh plants from the same water for sale in supermarkets?

I would not recommend eating uncooked watercress from this site.

I would not consume watercress cooked or uncooked when ECan’s signs indicate toxic algae levels are high. 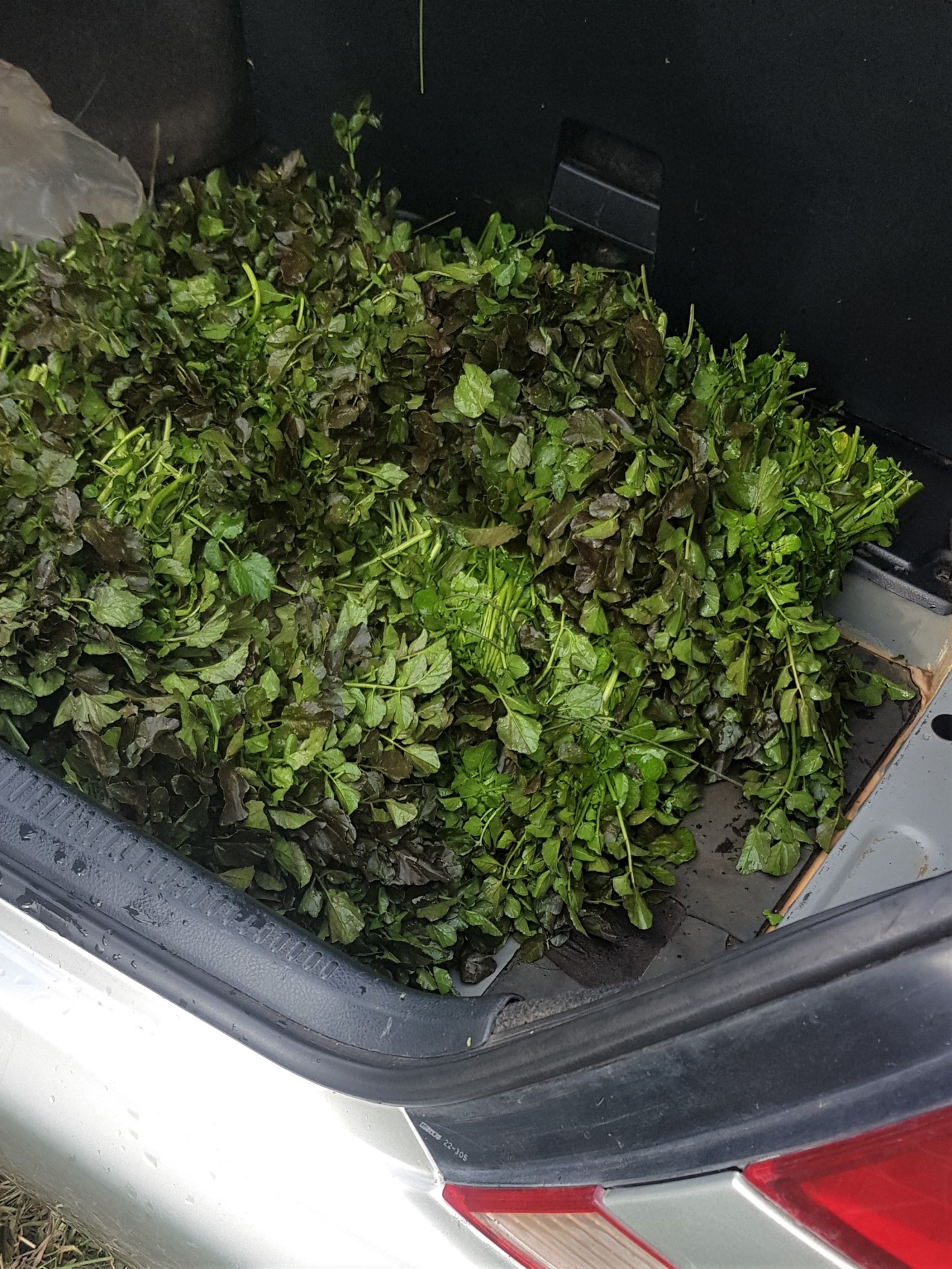 This entry was posted in Articles, Home, Polluted. Bookmark the permalink.