Posted on 24/11/2020 by Tony
by Tony Orman
Fish and Game NZ has come out opposed to trout farming says a front page article by Amber Allot in this morning’s “Press”.The article said “Kiwi anglers are asking the Government to do more research before deciding whether to allow commercial trout farming, amid fears it could decimate a billion dollar industry. The New Zealand Fish & Game Council voted over the weekend to oppose a controversial recommendation that the Government give commercial trout farming for food production “serious consideration”. A council spokesman said the opposition was “because of risks to the wild trout fishery”..
The trout fishing public reacted some 50 years ago when the then National government tried to introduce trout farming. anglers rose up in wrath as scientific evidence was obtained that showed trout farming was of no economic benefit especially compared to the tourist and dollar generator value of the sports fishery.
Trout farming became a major election issue at the 1972 election. The National government was soundly defeated with newspaper editorials naming angler opposition to trout farming as a major factor.
Basically the arguments against trout farming were:-
Uncertain economics
Disease risk
Use of public waters and effluent
Poaching and black markets
Value of trout fishing
Genetic erosion of wild stocks
I remember in the 1970s one of the USA’s top fisheries management experts telling me “trout farming is capital intensive, high risk, and marginally economic.”
Those arguments are just as valid today.
Trout farming has flared up again in 2020 because a Marlborough resident – a former would-be salmon farmer – petitioned Parliament to allow trout farming. A select committee heard the petitioner’s views but did not appear to hear any other public input. The select committee then recommended government consider introducing trout farming. The question why did the committee not seek other views? It was hardly  a democratic exercise.
Besides the petitioner’s Golden Bay salmon farming venture based on the concept of “ocean ranching”  in the late 1970s, failed.
It is reported that corporate fishing companies like Sanfords want trout farming allowed. Peter Goodfellow, who along with his family are reportedly the major shareholders of Sanfords, is president of the National Party. 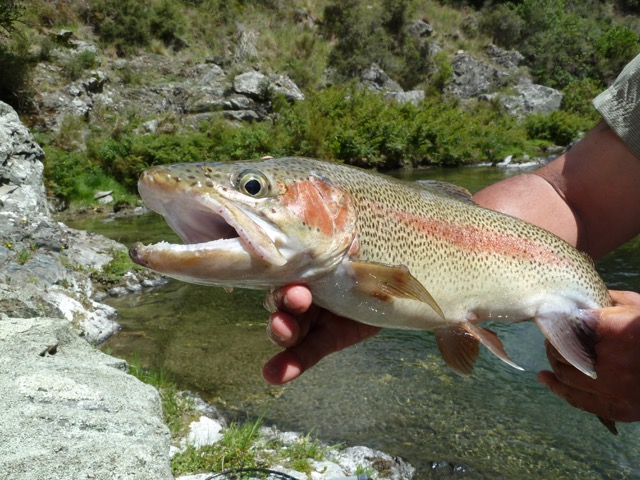