Some Thoughts on Spin Fishing

Contrary to the opinion of some puritan piscatorial souls that spinning is “chuck and chance”, it is quite skilful and demands a studied approach. Many  spin anglers fish across and downstream letting the lure swing around as it is retrieved. Far better to chuck that convention and fish on an angle upstream.

Trout invariably face upstream watching the current for food. Only in quiet water are they likely to cruise and face other than upstream. The eyes of a trout are located on the sides of their heads, so trout have a wide vision but that vision doesn’t cover the rear. Realising that and also that trout almost always face upstream into the current, an upstream approach makes sense.

On top of the upstream approach, the best tactic is short-accurate casts perhaps as little as several metres. You need to wind faster with the lure coming back downstream so as to avoid snagging the bottom.

Look for spots in the river that most anglers shun. Don’t fish the open side, get on the side that’s more difficult and use that short cast upstream method. Develop short cast pin-point accuracy. Cast over the sunken log or right in under willows. You’ll catch more trout and bigger ones, too.

Go to lighter nylon especially in low water, summer conditions. Two kilogram monofilament has a breaking strain well above the stated limit as nylon stretches before breaking. This increases, the longer the length of nylon is.

The finer diameter made it harder for the trout to see. Importantly, the thinner cross section sinks quicker, allowing one to fish much deeper using less weight and consequently smaller lures, especially in mid-summer and very clear water.

Change of limit, i.e. near dawn or dusk are best for any fishing – most days. Other times may be before a storm, when a river’s waters have just begun to rise and colour up after rain or when the water is slightly coloured as it clears after a spate. 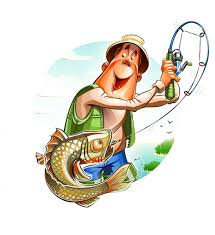 1 Response to Some Thoughts on Spin Fishing