Posted on 27/09/2021 by Tony
Press Release
The New Zealand government and political parties have been taken to task by a New Zealand outdoor recreation advocacy for seemingly ignoring the significance of Sunday (26 September) as World Rivers Day.
The Council of Outdoor Recreation Associations (CORANZ) said there was no celebration nor even acknowledgment of the day’s special significance. CORANZ chairman Andi Cockroft said the ignoring or  lack of awareness was deeply disappointing.
“Particularly so because New Zealand’’s river quality has been allowed to decline to appallingly low quality levels.”
He pointed to information released on World Rivers Day by the Land Air Water Aotearoa project – a collaboration between central and local government, NIWA and the Cawthron Institute – showing that impaired ecological health is evident at almost two-thirds of monitored river sites in New Zealand.
The poorest results are found at sites in urban catchments, followed by pasture, then exotic forest. Predictably, the best ecological health is usually found in streams draining native vegetation.
Andi Cockroft said government had used a promotional branding image of New Zealand’s being clean, green and 100% pure.
“But the reality is New Zealand’s clean and green image is a dirty truth — its freshwater rivers are among the most polluted in the developed world,” he said. “But then it’s nothing new.”
Last year, a government report found nearly 60 per cent of the country’s rivers carry pollution above acceptable levels, with 95 to 99 per cent of rivers in pastoral, urban and non-native forested areas contaminated.
He reminded both the Labour and Green Parties that both had campaigned the last two elections with promises to clean up rivers.
Surveys had shown some 80% of Kiwis were concerned at the degraded state of rivers.
Andi Cockroft commented that the previous National government with John Key as PM, had sacked Environment Canterbury (ECan), put in “puppet” state commissioners and expanded dairying into low rainfall areas with disastrous impacts on rivers and drinking water. Studies by the NZ Federation of Freshwater Anglers had revealed high nitrate levels in Canterbury rivers with probable bowel cancer links in humans.
“Plus the nitrate levels are well above toxicity levels for trout, salmon and native fish with detrimental side effects on the whole freshwater ecosystem,” he said. 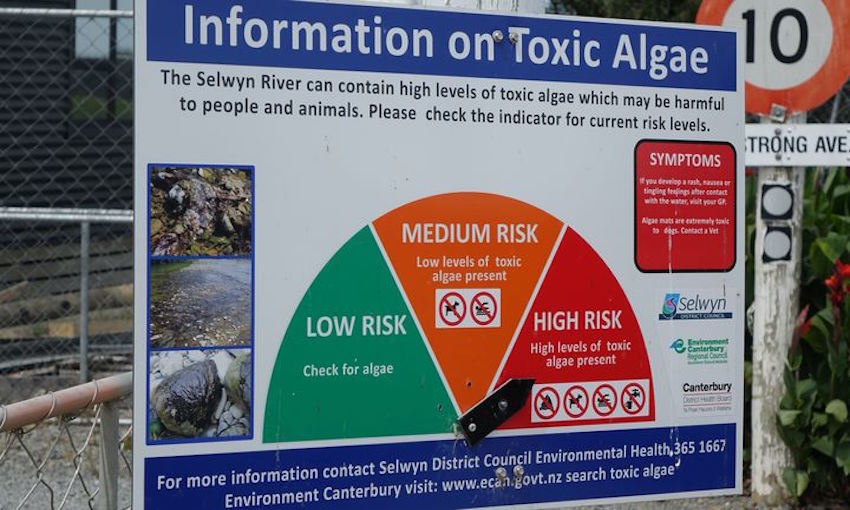