Our Way of Life Needs Protection

Posted on 25/04/2020 by Guest
An Opinion From Yesteryear
The following opinion was published in a 1974 “On the River” publication of the Federation of Hawkes Bay Angling Clubs, from which grew the NZ Federation of Freshwater Anglers.
John B Henderson, a NZ Deerstalkers’ Association president, was a front line battler in the “Save Manapouri” campaign and to the fore in many outdoor battles of the time such as opposing trout farming, spreading of poisons, sea fishery plundering and others. His views are more pertinent today and especially as the world and New Zealand reviews the Covid19 virus and the best way forward for society.  Here is an abridged version of a very thought provoking piece, forty-six years after it was printed. It was part of John Henderson’s Conservation Day lecture in 1974 at Victoria University. Remember 1974 was 46 years ago.
Many scientists are telling us that the exhaustion of our vital resources such as energy, air, water, minerals, space, food and thus social stability could occur within a few decades. All the resources mentioned must be conserved wisely in the public interest. In a parliamentary democracy, the government has been charged with this solemn duty. If these resources are exploited for greed, it is because the government has failed which leads me to emphatically state that politics and the environment are nothing more than “cause and effect.”

I contend that the state of the world community – and of the New Zealand scene, – dictates the resources of the land, air and water, of soils and minerals, of mountains, lakes and forests and glaciers and sea coasts, of fish, birds and wildlife, of the aesthetic and recreational values that go with them.

These resources must not be exploited by private deals for private profits.

The world resource situation has, as its common denominator, the size of the world’s population. In terms of sheer living space, then we are losing the battle.

Freshwater is chronically short in many countries and the unpolluted variety is becoming a distinct rarity. Much of the earth’s atmosphere is permanently afflicted with smog and other pollutants.

The stark facts are Nature can no longer cope and we are quite deliberately poisoning and polluting ourselves. Space and land will have passed into extinction and forests and water too. Especially will these trends apply to the environmental qualities so necessary for a quality of life such as peace and quiet, the pleasant scene, healthy recreation, wholesome surroundings and the scarcest commodity of all – the natural ecosystem and wilderness.

First of all, I am no pessimist.

I believe we can win but only with a massive effort and by the adoption of a radically different scale of values that will rate the quality of our environment as the real measure of out standard of living – not the Gross National Product (GDP) or the number of motor-vehicles, television sets or washing machines in use.

Let me attempt the prescription for survival in terms of the New Zealand concept.

We already have too many people – too many consumers. What rational excuse can possibly by concocted for increasing the number of consumers any further? Isn’t that deliberately increasing consumer demand?

What about the tragic side effects such as more people means more urban sprawl, means less land to grow less food?

Let me describe some examples of resource wastage. The very least we can do, is to understand the magnitude of these mistakes and resolve never to repeat them.

Without batting an eye lid, with so much as a public debate, New Zealand recently let its elected representatives commit the country to half a billion dollars ($2.8 billion in 2020 terms) for colour television and yet we have yet to finance, let alone install, proper sewage treatment schemes in many places.

For the year ended March 1973 New Zealand imported over 25,000 migrants which on a low estimate figure will require an investment of $75 million ($420 million in 2020 terms)  in one year in order that those people will receive a proper share of the welfare state, adequate housing, jobs, education, health care, not forgetting the increased resource demands and pollution loads.

Now to the disaster of Lake Manapouri. Surely a glaring example of how to plunder resources for peanut returns.

Two hundred million ($1.1 billion in 2020 terms) of the public’s dollars went into financing New Zealand’s largest single investment, exploiting our largest single power resource and our second largest river for a wholly foreign owned smelter run by British, American and Japanese interests.Do you realise Manapouri is capable of generating as much electricity as would satisfy the entire domestic demand of New Zealand. Do you realise this power resource was sold to a foreign consortium at a quarter of the price that New Zealand-owned Invercargill industrial consumers pay?

You must not be deluded by the new generation of resource auctioneers who label all who challenge their right to plunder for private and often foreign profits, as “cranks” or “eco-nuts”.

The fight to prevent trout farming was far more than a bunch of sportsmen resenting a little friendly competition.

The real crunch was the alienation of land and water and a public trout resource for private profits. The number one contender for such resources was the big American entrepreneur, Fearn International Plus.

The alienation of public lands and farmland, to foreign, sometime absentee millionaires – sales made on the weirdest excuse is another instance of of the plundering of New Zealanders’ own resources for the profits of foreigners.

Well if if the New Zealander is not to become an impoverished peasant in his/her own country, it must be realised;-

©  “environmental qualities so necessary for a quality of life such as peace and quiet, the pleasant scene, healthy recreation, wholesome surroundings” like public trout fishing 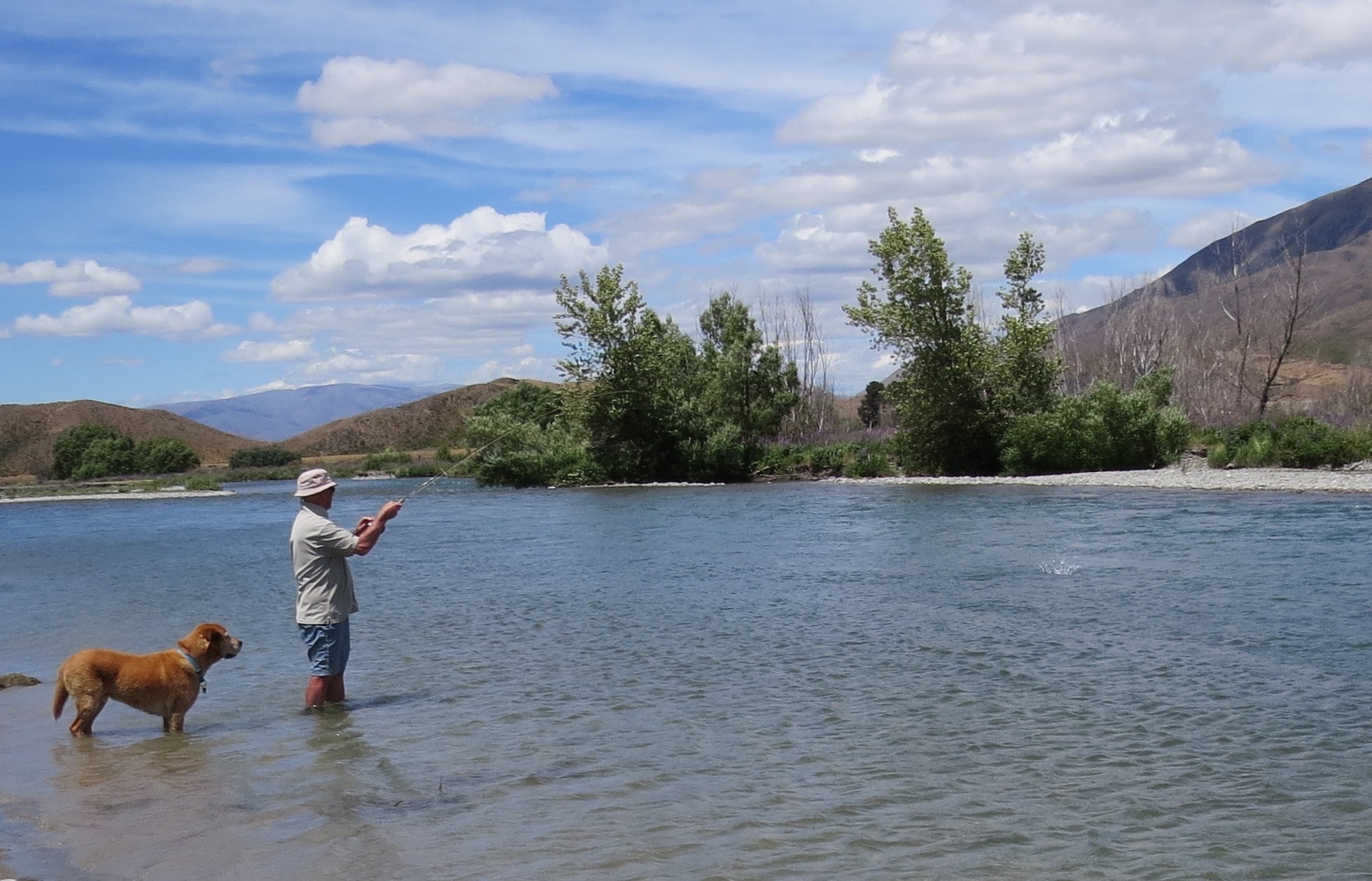 This entry was posted in Home. Bookmark the permalink.
WP2Social Auto Publish Powered By : XYZScripts.com