Of Trout and Education

Remember the good old days when we had a five day working week, there were no trout fishing guides, virtually no 4 wheel drive vehicles and trout were abundant and pretty easy to catch?

The reason was there were less people and therefore less anglers and for the five day working week, trout got a rest.

Then about 1984 – ironically the title of George Orwell’s prophetic famous novel –  the Lange-led Labour government  came to power with Roger Douglas at the financial helm. Suddenly society was turfed on its head and the free market was in. Gone was the Kiwi weekend and working week. And fishing guides prospered in that decade and the next.   The result for trout was the abolition of the blissful undisturbed five days of Monday to Friday, when only the occasional angler was on the river. Now every day became one of potential for shadows of anglers and lines and flies cast on the waters. Trout get “hammered” on many rivers, every day of the week.

And they get educated.

Mind you trout aren’t very intelligent in biological terms. But they have natural instincts better than we have. Any shadow or disturbance sends them fleeing.  They do learn from that constant disturbance.

Oh there’s a few other factors besides in the decline of trout fishing opportunities. Back in the 1950s and 1960s was no aerial 1080 which increasingly some believe has adversely affected the ecology of rivers by killing trout tucker, i.e. invertebrates or nymphs as anglers call them. Wrong? Well don’t scoff; just consider 1080 was first developed as an insecticide about 1922.

And there were no corporate dairy herds with effluent, no aerial topdressing of super phosphates and massive development of irrigation. There was no spraying with herbicides and insecticides like Dew 600.

So there’s more people, different social patterns, less water in rivers, some rivers unfit for swimming according to recent assessments and not surprisingly less trout than the 1950s when I first fished as a schoolboy. And Fish and Game born about 1989 adopted a laisse-faire policy to management. Hatcheries were chucked away and liberations ceased in a blanket ideological regime driven by a native fish scientist. Why am I telling you, all of this? Well ponder on what has been lost.

And that it might have been avoided or at least minimised.

So there’s less trout, more pressure on those there and that means you have to rethink the game plan. Those trout are instinctively – not consciously – more canny. Trout, particularly brown trout, don’t like continual disturbance.

Today one of the biggest challenges is to find undisturbed trout.

One spot I know on the upper Wairau River in Marlborough gets a good going over from guides and trout fishers. Early in the season from a particular high bank you can spot a fish or two, but by about late October- November  as guides and clients fish seven days a week you won’t see the trout in numbers as before. Well you might if you stay till after 4 pm, by which time guides and clients have departed for their pre-dinner gin and tonics and other anglers head for home after several hours on the river.

One day about 5 or 6 pm, we were late heading back. That morning I had looked off the high bank and seen nothing. But  when I looked at about 5.30 pm that day, that spot, the trout were visible and feeding.

They had simply adapted to fishing pressure i.e. disturbance.

As a parallel I recall hunting deer during the 1970s days of intense helicopter pressure when venison prices were crazily high. The “choppers” hounded river flats and tops dawn and dusk. So the deer adapted. One day on the Matakitaki River near Murchison,  I went for a hunt, shot a yearling about midday and then at 2 pm found two big hinds out feeding in the open. I stalked them with the camera and telephoto so I was rewarded with meat and some very satisfying photos.

Wildlife or fish, they will adapt to any pressures.

To counter this you have to go make an extra effort to reach them. Sometimes that involves discovering the few nooks where undisturbed trout still are. Last season in the Mackenzie country, two of us were taken by a friend Danny to a back country stream which had some good rainbow trout. We had looked for spots to fish but at each bridge there would be one or two cars of other anglers. So Nubs and I entrusted our well being to Danny in the hope of finding some undisturbed trout.

Daniel grinned and  said he’d have to blindfold us.

So we drove up a dusty winding back country road, parked and dropped into a gorge. We crossed neck deep just above a rapid. And in the gorge was pool after pool, in between cataracts, some spectacular scenery and some excellent rainbow trout, the biggest about 2 kgs. The trout fed blissfully in their sanctuary we had penetrated, took the blowfly dry flies with a complete lack of suspicion and fought in spunky fashion, dashing line from the reel and with spectacular leaps.

It was just like the old days, I mused.

But today, you can’t always find a stream like that and the chances are you will have to compete with the other anglers.

The disturbance factor is real. For example the Buller River when I fished it in the 1970s was great with feeding trout often in just knee deep water against grassy banks. It was sheer quality fishing – stalking the golden brownies in relatively shallow water. When I returned in the late 1980s, after  intervening years in the North Island, things had changed.  With disturbance trout had reverted to being towards the middle deeper water rather than the edges. The quality in stalking shallow water brownies had been severely diminished.

I once took an American friend John up to the “Rainbow” section of the upper Wairau. His casting and presentation was flawless. But even that level of skill couldn’t fool the trout. A pattern emerged on the trout’s behaviour. First cast, sometimes second, and as the nymph came by, they looked edgy. Next cast, the trout would “stiffen” and on a subsequent cast, just slide off disdainfully into deeper water.

If anyone was going to catch a trout, it was John such was his skil. The obvious solution is to get to stretches that don’t get so much pressure – just like the spot Danny took Nubs and me to.

Nevertheless on a well fished river, seek the opposite bank from the usual access which may involve an awkward crossing as we did “neck deep”! But that’s good. It deters most other anglers.

A friend fishing another “pressured” wilderness water found the trout so spooky. So he walked downstream away from the road, and crossed over  waist deep to the other bank, a jumble of boulders and overhanging scrub. By dint of short side casts he fished up that awkward bank, taking and releasing four lovely browns.

Remember the browns I saw, absent in the morning and afternoon but out feeding at 5.30 pm? So change your time of fishing to match the trout’s feeding, when most anglers have departed.

A good friend, the late Squadron leader A G “Smithy” Smith told me that the Buller trout particularly in low summer water, became  spookier due to increasing fishing pressure. But he found while a nymph with its “plop” scared fish, the gently settling dry fly did not.

Another angle is to concentrate on broken water such as riffles and runs. Trout fishers tend to focus on pools and at times will tend to ignore the not so obvious faster water. Another tactic is to go for smaller flies especially with nymphs. But that cannot be a hard and fast rule for summer trout, because imitating cicadas demands a good sized fly. But if it’s not cicada time, do try a size 16 or 18 nymph.

Similarly sometimes it pays to lengthen your leader. One friend to overcome spooky fish always fishes in mid-summer with a five metre leader.

And look after the treasures you find. Don’t blab and boast. Why not give a code name to your stream or river? I have one known as Black Tail Creek. And if a friend takes you to a “secret” place, respect him and the trout. Don’t sneak back behind his back. There’s a certain unwritten code of ethics to fishing special places.

And if you discover a secret spot, nurture it. Look after it. Be content with one or two trout. Perhaps you’ll impose a total “catch and release” for your ethic?

And in the big picture and on the increasing pressure on wilderness trout rivers, it’s feasible to relate that to discussions about people numbers in other words, what’s an optimum population size for New Zealand?

If we have over crowding on trophy trout rivers with just 4.2 million people, what would our choice trout rivers and streams  be like with a population of 8 or 10 million? 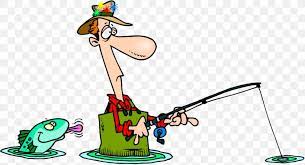 2 Responses to Of Trout and Education