A new conservation strategy for Canterbury’s run-down braided rivers is set to be unveiled this year. 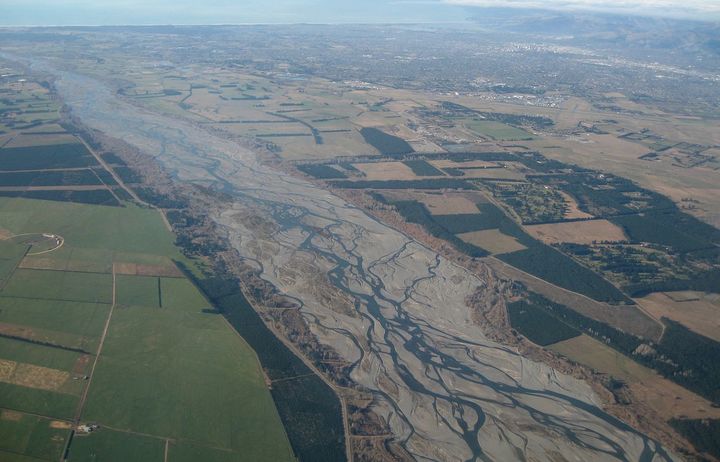 Canterbury’s Waimakariri river is an example of a braided river. Photo: Wikimedia Commons

Canterbury Regional Council will work with local communities, private landowners and iwi to improve the health of the rivers, which have deteriorated over the past few decades.

The braided river revival plan was announced by Environment Canterbury in November, with the Rangitata and Rakahuri/Ashley rivers the first to be incorporated into the new plan.

It was supported by Tumu Taiao, which provides advice to the council on interests of mana whenua.

Council principal adviser on braided rivers David Owen said a whole river approach was needed, and each river would have its own individual pathway.

“We’ve created the Braided River Revival/Whakahaumanu Ngā Awa ā Pākihi programme of work to align … the many river management responsibilities the council has … These include flood management, weed and pest control, biodiversity enhancement and recreational values through regional parks.”

Owen said the rivers were rare internationally and New Zealand had some of the best examples of braided rivers in the world.

“We’re so fortunate to have rivers of this nature in Canterbury … we probably take them for granted to some extent as a community, but they’re unique and special places with a variety of specialised wildlife.”

Auckland University Physical Geography chairperson Gary Brierley, who is a braided river expert, thought the programme was a great idea.

“We’re behind much of the rest of the world when it comes to management of the space for rivers to move, which is critical for the health of braided river systems,” Brierley said.

“Things are conspiring to give us a very different window on this right now and I think there’s a lot to be optimistic about in this space.”

A ki uta ki tai – from mountains to sea – approach would be key to preserving the rivers and was at the heart of the revival.

Brierley described that as seeing the river as living, not just water on the Canterbury plains.

“[The plan needs to] incorporate Te Mana o Te Wai [fundamental importance of water], a holistic sense of the way that rivers operate from the mountains to the sea and the idea of a living river.

Owen agreed and said the council was working collaboratively with communities to create a specialised revival plan for each river.

“The Rangitata programme grew from the Department of Conservation’s Ngā Awa river restoration programme with partner Te Rūnanga o Arawhenua, their commitment to working towards a wider partnership to restore the mauri (lifeforce) of the Rangitata awa.

“Separately, Environment Canterbury identified the Rakahuri/Ashley River as a river with strong community interest. It was also facing a wide range of environmental pressures that were negatively impacting its natural character.”

Both experts described the plan as a generational shift and one that would ensure all generations could enjoy a high-quality braided river system.

“This is a long-term plan,” Owen said. “Over time this means the rivers will have enhanced mahinga kai values, probably more resilient biodiversity and fewer weeds and pests. I’d also expect to see more recreation opportunities over time.”

Brierley believed Aotearoa had the ability to have pristine braided rivers – and management of other rivers could play a part in that.

The Whanganui River was the first in the world to be given the same legal rights as a human being and local iwi have long had the whakatauki ‘I am the river and the river is me’ guiding their kaitiaki practices.

“We need to learn to live with rivers, not try to assert human authority over rivers. I think we’ve got to change the ethos we live within,” Brierley said.

The Rangitata and Rakahuri/Ashley Rivers revival plans are due to be made public in the first half of 2022.