Trout have often been blamed as invasive predators of whitebait by Forest and bird and DOC but a Waikanae whitebait Steve Veail, former national president of the NZ Deerstalkers’ Association, pinpoints that government and more especially the Department of Conservation is not managing the resource properly

A Waikanae Whitebait fisherman Steve Veail has taken the Department of Conservation to task over new regulations that came into force this season just concluded.

For the 2022 season the Department of Conservation (DOC) shortened the season to less than two months or 59 days by “fiddling” with the long standing regulations, in what is seen by the vast majority of  recreational whitebaiters as misguided and ill-conceived.

“DOC’s approach in 2022 in my opinion has been very heavy handed towards reducing recreation whitebait fishing.” said Steve Veail. “It has resulted in most recreational whitebaiters being completely disillusioned with DOC’s management of this public resource”.

The department did a consultation process, but it seemed to be a “divide and conquer” exercise on all whitebaiters  by splitting them into three different groups i.e  Maori, commercial and recreational. Further division was achieved, by holding a multitude of meetings in different areas .

The “consultation” process also attracted the “anti-whitebaiters” who have a totally different concept of recreation for New Zealanders.  This approach by DOC makes it impossible to get a general consensus of what all New Zealand recreational whitebaiters viewed.

Commercial fishing was an issue but Steve Veail  was  advised it was not being considered as part of that consultation as DOC considered it was another department, i.e.  MPI.

“Also consider the removal of all commercial fishing of whitebait.   There’s no reason why whitebait is not treated the same way as trout, which it is illegal to sell.”

Work with the recreational whitebaiter to develop positive results for the fishery instead of token meaningless consultation and even set up a Whitebait Management Group at a local basis, sourced from local recreational fishermen to manage the local whitebait recreational fishery.  This could include monitoring adult fish, locating adult fish  and most important establishing local stock numbers, local spawning times , their location and monitor bait quantity and frequency to their rivers.

Whitebaiting as a recreation sport is the first and only recreational activity solely controlled by the New Zealand Government.   Its not democratic or in line with the general principles of governing the  people of New Zealand in an egalitarian society upon which the  New Zealand government was established.

“Hopefully DOC review the season length, and at least reinstate the  3.5 months for recreational whitebait fishing , but I will not hold my breath, as they do not seem to listen to the recreation  fishermen, rather they appear in my opinion to be pursuing their own agenda,” said Steve Veail. 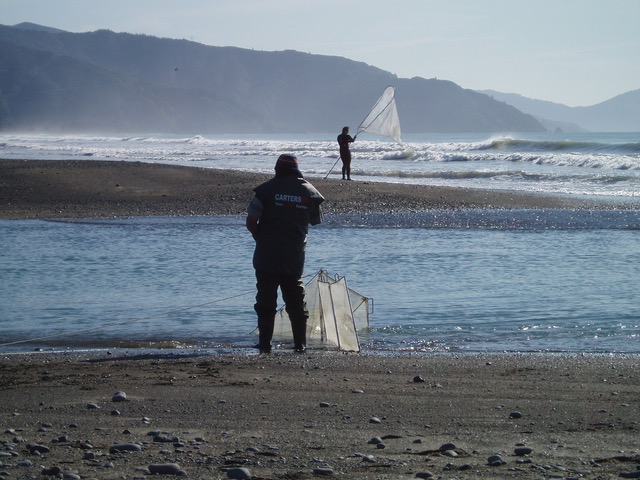