Government Needs to Come Clean on Foreign Buy-ups of NZ

The current government needs to instigate far stricter controls on foreigners buying up New Zealand’s countryside says the Council of Outdoor Recreation Associations as well as keeping the New Zealand public informed of the extent of outsiders buying up the countryside.

“Frustratingly figures are few and far between to make an accurate assessment but the public should be given regular and accurate statistics on an issue which most New Zealanders feel strongly about,” said CORANZ chairman Andi Cockroft.

Past opinion polls indicated as many as 90 percent of New Zealanders were opposed or concerned he said.

In late 2019 it was revealed by Radio NZ that the four largest private landowners in New Zealand are all foreign-owned forestry companies.

The investigation found, despite a clampdown on some overseas investment, including a ban on residential sales to offshore buyers, the Labour-led government has actively encouraged further foreign purchases of land for forestry through a streamlined “special forestry test”.

Since the 2017-20 coalition, Labour-led government was formed, the Overseas Investment Office (OIO) has approved more than $2.3 billion of forestry-related land sales – about 31,000 hectares of it previously in New Zealand hands and often sheep and beef farms.

Andi Cockroft said the environmental effects of turning the New Zealand hill country into monocultures of pines were detrimental.

The clear-felling practices result in the deposition of silt into rivers, streams and coastal estuarine areas and pine debris littering beaches.

There were other negative results from pine trees with impoverished and acidification of soils and excessive water intake by pines resulting in dry creek riverbeds.

He said the only source of data on foreign purchases seemed to be the “Watchdog” bulletin of the organisation Campaign Against Foreign Control of Aotearoa (CAFCA).

It was difficult to pinpoint foreigners as mostly they disguised themselves as New Zealand companies.

“Government owes it to the public to strip these smoke and mirrors disguises away and give the true extent of the sell-out,” he said

Access to the public’s outdoor recreation such as fishing, tramping, hunting and other pursuits, usually suffered as overseas buyers invariably came from a culture different from New Zealand’s egalitarian society. 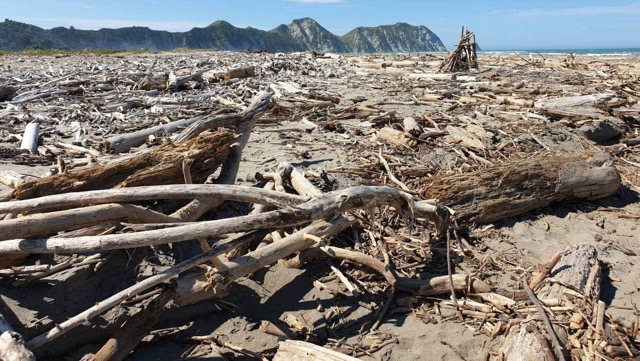