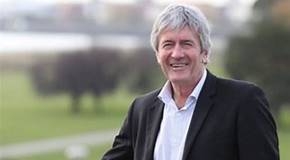 Message from the Ministers

“Freshwater management is complex and challenging. There is no easy fix, because it sometimes takes many years for the pollution already in our land and water to dissipate. But we’re not going to keep kicking the can down the road and leave the hard issues for future generations.”

“New requirements must be practical and enduring. This means they need to be science-based, predictable, understood by the public, and underpinned by effective regulation and enforcement.”

Kicking the can down the road

To defer conclusive action with a short term solution https://grammarist.com/usage/kick-the-can-down-the-road

To avoid or delay dealing with a problem. Cambridge Dictionary

This is a summary of the Action for healthy waterways decisions on the national direction for freshwater.

Apart from aspirational statements to protect wetlands, streams, and fish passage and to maintain the status quo or improve the health and wellbeing of water bodies and freshwater ecosystems there are only two finite actions:

Stock exclusion for cattle, pigs and in:

Real time reporting of data on water use

A new planning process for freshwater

Mandatory and enforceable farm plans in place for all commercial farms.

Communities work towards meeting the requirements of their freshwater plans.

Freshwater is recovering and on track to meet national bottom lines and community aspirations.

The Coalition Government’s “action plan” appears to defer or postpone the necessary steps to protect our freshwater despite the Ministers assurances.

There is little evidence of science-based action or evidence of effective laws and enforcement:

“Final decisions on policy advice, working with Ministers, management and provision of funding, budgets and financial aspects of the programme and the management of procurement processes remain the sole responsibility of the Water Taskforce and not the Group.”

A failure to accept unpalatable scientific evidence and instead develop an “action plan” based on expediency and political trade-offs explains both the delays and lack of science-based action.

The Scientific Technical and Advisory Group’s report gave clear direction on what actions are required and what further research is needed:

The relevant New Zealand legislation designed to protect freshwater includes the Resource Management Act 1991 (RMA) and the National Policy Statement for Freshwater Management (NPS FM) Standards which give direction to both Regional and District Councils.

It is the failure of Central Government to oversee this legislation in a manner that meaningfully protects freshwater and the failure of Regional Government to develop effective regional plans as proscribed by the RMA and to enforce such plans that has allowed the deterioration of our freshwater resources to reach its present state; un-swimmable rivers, eutrophication, toxic levels of nitrate, toxic algae, and contamination with animal sourced pathogens.

Of equal concern is that enforcement of these consents is influenced by the relative power of the water user/abuser.

The Freshwater Independent Advisory Panel has the greatest influence on these freshwater reforms:

The importance of the Environment Court

The Environment court acts an essential moderator of the RMA;

The Environment Court is an appellate court, meaning that it will consider matters afresh. The majority of the court’s work involves hearing appeals about issues that arise under the Resource Management Act 1991, with most of its workload coming from appeals brought against decisions of local authorities. These appeals are typically brought against decisions made on plan changes and policy statements and decisions made on resource consent applications.

A primary reason Canterbury has the worst water pollution and highest number of water- borne food poisoning cases in New Zealand can be attributed to the Environment Canterbury (Temporary Commissioner and Improved Water Management Act 2010 (Ecan Act) which removed Cantabrian’s access to the Environment Court facilitating unbridled irrigation development in line with Government policy of the day.

It is of great concern that David Parker has used the COVID-19 crisis to remove the moderating influence of the Environment Court from the whole of New Zealand in May 2020. This action has disenfranchised New Zealanders in that same way the Key Government disenfranchised Cantabrians. With RMA decisions entrusted to experts in environmental law, the consenting process will be streamlined by practitioners familiar with legal process but with limited understanding of scientific “laws”.

Despite good intentions driven by an understanding that by any measure the state of New Zealand’s freshwater is unacceptable, Ministers Parker and O’Connor have failed to deliver on their promise “not to kick the can down the road for future generations.

There is a plethora of material on the MfE website – evidence that considerable resources have been invested into solving our freshwater crisis.

Sadly for all this work, the outcome to date might be summed up as “one step forward, two steps back”. Once again political pragmatism has bowed to powerful interests.

Future generations will see this freshwater “action plan” as an opportunity lost.