Posted on 05/12/2020 by Tony
Three Fishermen and the Ranger
Three men were sitting by the side of a lake holding fishing rods with the lines in the water. A Fish and Game ranger came up behind them, tapped them on the shoulder and said, “Excuse me, but I’d like to see your fishing licenses.”
“We don’t have any,” replied the first guy.
“Well, if you’re going to fish, you need fishing licenses,” said the ranger.
“But, officer,” replied the second guy, “we aren’t fishing. We all have magnets at the end of our lines and we’re collecting debris off the bottom of the river.”
The ranger lifted up all the lines and, sure enough, there were horseshoe magnets tied on the end of each line.
“Well, I know of no law against that,” said the ranger. “Take all the debris you want.”
And with that, the ranger left.
As soon as the ranger was out of sight, the three men started laughing hysterically.
“What a dumb fish ranger,” one said to the other two. “Doesn’t he know there are steelhead trout in this lake?!”
Three Golfers
Jesus, Moses and an Old man are playing golf.
Moses is up first, and after whacking the ball, it falls into a lake. He parts the waters, hits the ball again onto the green.
Then, Jesus has his go, the ball soars at the same lake but this time it floats, so he walks across the water and hits the ball onto the green.
Then the old man steps up. He hits towards the lake but before it hits the water, a trout jumps up and grabs the ball. Before it drops back to the lake an eagle swoops down and catches the trout. – flying over the green and squeezing the trout, making it drop the ball into the hole.
At this point Jesus turns around and says: “Dad, stop messing around we’re trying to play golf”
Sam’s fishing secret.
A fish and game warden noticed how a particular fellow named Sam consistently caught more fish than anyone else, whereas the other guys would only catch three or four a day. Sam would come in off the lake with a boat full. Stringer after stringer was always packed with freshly caught trout. The warden, curious, asked Sam his secret. The successful fisherman invited the game warden to accompany him and observe.
So the next morning the two met at the dock and took off in Sam’s boat. When they got to the middle of the lake, Sam stopped the boat, and the warden sat back to see how it was done.
Sam’s approach was simple. He took out a stick of dynamite, lit it, and threw it in the air. The explosion rocked the lake with such a force that dead fish immediately began to surface. Sam took out a net and started scooping them up.
Well, you can imagine the reaction of the game warden. When he recovered from the shock of it all, he began yelling at Sam. “You can’t do this! I’ll put you in jail! You will be paying every fine there is in the book!”
Sam, meanwhile, set his net down and took out another stick of dynamite. He lit it and tossed it in the lap of the game warden with these words, “Are you going to sit there all day complaining, or are you going to fish?” 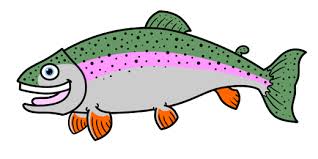