Posted on 13/08/2021 by Tony
Abridged from “Newsroom”
The time for exploiting nature is over and we need to focus on putting things right, writes Rod Oram in a recent “Newsroom “column.
He had just attended the annual conference of the Environmental Defence Society, which was celebrating its 50th anniversary.
Farmers and activists, scientists and citizens, politicians and civil servants, attended.
“For all the debate and discussion, one point was abundantly clear. No one from those diverse backgrounds argued we could carry on as we have for generations exploiting nature. Instead, the focus was on how we must use our resources wisely and begin to put right the damage we’ve long done, and are still doing” wrote Rod Oram.
Two keynote addresses forcefully identified what is at stake.
“So intense are human pressures on the planet, we have to fundamentally change the way we run our economies,” argued Robert Costanza, a global leader in ecological economics based at Australian National University.
The second keynote was by Dr Simon Buckle, head of Climate, Biodiversity and Water at the OECD. He reminded the audience the latest UN assessment of biodiversity showed a “just astonishing rate” of decline, with some 25 percent of species already threatened with extinction.
Yet the biodiversity is “fundamental to human life on Earth. We haven’t woken up to the risk. Policy commitments are still catching up with the impact and the challenges of that decline.”
Nitrates
“We are delusional about how far we’ve gone in the wrong direction” with the great damage to water quality caused by nitrates from farming systems, said Dr Mike Joy, Senior Research Fellow, Victoria University of Wellington. “We are still subsidising bad farming practices. We haven’t begun to slow down the harm.”
Freshwater reforms will require certified plans for every farm. But “no farm plan is going to deal with that” because the root causes are so deeply buried in farming systems.
In his speech at the end of the first day of the conference, David Parker, Minister for the Environment, said: “We’re providing the framework for the environment for decades to come. We’re changing course, and I think future generations will thank us for it. Successive governments have promised transformation change but failed to deliver.”
RMA Replacement
The biggest reform underway is of resource management. Submissions have just closed on the exposure draft of the proposed Natural and Built Environment Act, which will be the main replacement to the Resource Management.
The Government will table the full Bill early next year, with the new Spatial Planning Act which will set long-term environmental planning goals for each region of the country.
The new resource management system “will be simpler, more efficient and more coherent” than the current one, Parker said.
The next biggest reform is of freshwater regulation, which in its current form, has been underway since 2020 although the groundwork dates back many years.
An EDS pre-conference workshop a few days earlier showed there was widespread support across the environmental sector for water reforms. 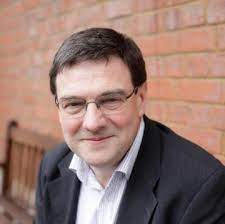 2 Responses to Time to Repair Damage Done to Nature