The following is a submission by former Fish and Game NZ chairman Matthew Hall to the Central South Island Fish and Game Council about the precarious state of the region’s fishery. The trend is not confined to South Canterbury

Submission to Council about the sports fish resource.

This submission expresses concern about the poor state of the environment relating to the sports fish and game resource. The submission also ponders on the action that the Central South Island Fish and Game should take to highlight this disastrous situation.

Section 26Q (1) of the Conservation Law Reform Act provides the functions of each Fish and Game Council shall be to manage, maintain, and enhance the sports fish and game resource in the recreational interests of anglers and hunters and in particular, –
(111)  the condition and trend of ecosystems as habitats for sports fish and game.
We currently know that –
Some of us know the sports fishery we once had!
A standard phase of anglers at the Rangitata is ‘We have had the best of It!’
It would be possible to search out stats that could quantify the loss in sports fish populations in one generation (30 years).  The life of Fish and Game! This information would simply support what some of us know.
It would be a fair guess that only 5% of the coastal sports fishery now exists, compared with thirty years ago. If this trend continues at the end of the next thirty years (2050) there will only be a quarter of one percent of the 1990 fishery. In other words – “Nothing”
While Fish and Game has been measuring the trends in the populations that they manage the information is limited by the resources available to them to complete this work. Anglers catches and spawning numbers are only part of the story. Other agencies also have a responsibility to measure trends in eco-systems. The information about trends in the health of eco-systems is not in one place and is not necessarily complete.
Sight Unseen.
Within reason the productivity of the resource can be measured. A much harder task is to calculate the factors contributing to change. Even harder still is to manage those factors. 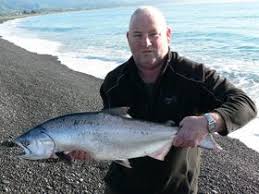 The demise of the salmon fishery? Can it be halted?
Sight seen.
Science is the ‘The state of knowing’ and one would argue seeing is knowing!
We know there is a large colony of black billed gulls nesting on the spit at the Rangitata this year.
For seventy years I have observed, photographed, and witnessed events in the bird colonies on the Rangitata River. I have seen them decimated by hail, by floods and by the sea but never have I seen the river fail to produce sufficient food for their survival. This was both alarming and distressing. To give the issue balance this year’s colony was one of the largest for some years. The issue though, was there was no food. A few adult birds were trading, but most were fixed to the shore line of the river or roosting on the river flats presumably waiting for the smelt to run.
I was so concerned about the deaths I rang the Department of Conservation, Geraldine and the answer phone message said that all officers were on holiday and it would be several days before they returned to duty. If the officers were on holiday, they could not have witnessed the deaths or the lack of food. I suspect by the time they returned to work and visited the area they would view the remnants of the colony and would not be qualified to comment on the events that took place while they were away.
The statement in the Timaru Herald about finding large numbers of mullet and smelt in the hapua at the Rangitata during a survey needs to be put into context. I understood the survey of the hapua was in November and not in the weeks leading up to Christmas.  At times there can be huge shoals of mullet within the hapua because they feed on vegetative material and scraps that settles in the quiet water column of the hapua and these conditions suit them.  The eco-system suitable for a mullet is not the same as the eco-system suitable for black billed gulls. It is the smelt runs that are critical to the well-being of the colony and tens of thousands of smelt are needed to nourish the colony over the breeding season. The Department cannot translate a few hundred smelt noted in November to the state of the smelt fishery in December. My experience would suggest the run of smelt this season has been spasmodic at best and on any number of days non-existent.
The experience of the river’s failure to deliver enough food to nourish the bird colony to me was a new low in measuring the health of the river. Knowing birds were dying from malnutrition and perhaps disease was personally most unsettling. It follows there were no trout. Over the festive season very few salmon and trout were caught. The visual evidence of bird losses surely mirrors what is happening beneath the water’s surface and this is where sports fish once lived-in good numbers.
Visually the creek is not the same, there are rafts of brown scab weed and the water is the colour of cold tea. Most uninviting to any returning adult salmon. There must be water quality and quantity issues in this creek – Issues that are plain to see. The question is, is the creek tipping up and will the hatchery be sustainable going forward?
Fish and Game can do as much internal soul searching and audits as they like, they can have a prize set of standing orders and governance policies. They can have space age rules regarding conflicts of interest and eject those conflicted in to space or to the next room or wherever but what they cannot do is control the resource the statute requires them to manage. They must point the finger at others and have them recognise they are killing the sports fish and game resource.
Fish and Game has a function under the Act to manage, maintain and enhance the sports fish and game resource yet they do not control the resource therefore their ability to manage the resource is limited.
What Fish and Game can do is attach conditions to fishing licences that will help manage harvest by anglers? Sec 26R (4) sets out the conditions Fish and Game may apply.
While it can be argued that there has been material benefit to fish populations with the increasingly restrictive conditions placed on anglers over the years, populations have continued to decline this affirming that the cause of the decline is outside Fish and Game’s control.
Below is a table that sets out a layman’s stab at factors that influence fish populations.
Note – A mark of one out of 10 is given to the effectiveness of Fish and Game’s advocacy role.
Advocacy Role – Section 26S (7)
This section of the Act gives the Council the statutory power to be heard on matters affecting the fish and game resource and indeed on any of its functions under the Act. This includes promotion and education.
Matthew Hall MNZM
Councillor
26th January 2021 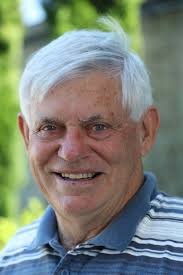