Posted on 21/09/2022 by Tony
(special report)
An European scientist is calling on New Zealand to stop its poisoning of pests under Pest Free 2050 policy as it is impossible to achieve and is causing extreme cruelty to animals.
Dr. Koen Margodt of the Jane Goodall Institute Global and Department of Philosophy and Moral Sciences, Ghent University, Belgium described the anti-pest programme as pointless and unethical.
“The Pest Free 2050 poisoning campaign has a one-sided focus on introduced species in order to conserve native species. The government of New Zealand has embarked on an unethical, unrealistic and unnecessary project by aiming to completely eradicate possums, stoats and rats from New Zealand by 2050,” he said. “New Zealand’s poison strategy creates intense and prolonged suffering for millions of animals.”
This suffering goes beyond the targeted animals and includes members of endangered species and companion animals, in particular dogs.
The PF 2050 strategy fails because it does not manage to (i) permanently remove the targeted animals, (ii) reinvasion from other areas and (iii) the replacement of introduced species.
“Therefore, this strategy results in a never ending cycle of suffering of animals, high financial costs and environmental costs”.
Dr Margodt specifically named two toxins that are widely used.
“The use of the insidious 1080 poison and its twin poison brodifacoum, must stop. I call for an immediate moratorium on these poisons,” he said.
Instead, the New Zealand authorities should focus on defining key biodiversity areas for conserving endangered species. Research needs to be undertaken to determine what areas need to be conserved and where habitat needs to be protected or restored.
The detrimental impact of humans, in particular through intensive farming, must be addressed.
Key biodiversity areas should be protected through the establishment of a network of (fenced) ecosanctuaries and further supported by alternative methods, such as birth control techniques and translocations.
“I predict that international tourists will prefer contributing to such a compassionate conservation strategy rather than funding a cruel poisoning campaign,” he said.
“This will only benefit all stakeholders involved – members of native and introduced species, companion animals, the environment, international tourists and the people of New Zealand.”
In 2017, scientist Dr Jane Goodall  lectured in New Zealand.  She was asked repeatedly about her thoughts on New Zealand’s killing of introduced predators. While recognising the impact of introduced species, Goodall called for finding more humane ways than poisoning. 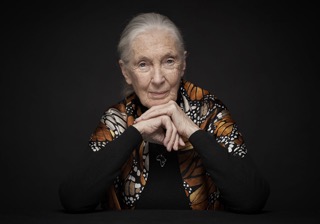 Dr Jane Goodall – “shocked”
At the time, Dr. Goodall commented: “For many years I have been devastated by the cruel methods used to kill predators because of their supposed danger to livestock or human life – such as leg hold traps or poison baits. Only too often the targeted animals die slow deaths in extreme pain. Moreover other non-target animals are often killed in the same way. The campaign in New Zealand to exterminate all non-native animals in order to save the country’s unique indigenous species from invasive species who were introduced, intentionally or unintentionally, relies on the use of poisons which are known to cause intense suffering and agonising deaths.”
“As I read more and more about this plan I became increasingly concerned. And I was deeply shocked when I learned that school children were told that possums were evil and taught to kill them in any number of cruel ways.”
Footnote: The full paper by Dr Koen Margodt can be read at Council of Outdoor Recreation Associations of NZ Inc https://coranz.org.nz/the-ethical-cost-of-predator-free-new-zealand-2050-suffering-in-the-name-of-conservation/