Canterbury’s Conflict and Confusion With ECan 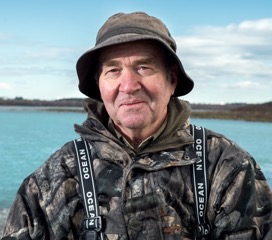 Since the amendments to CLWRP were put out to public consultation, considered by three independent commissioners, and approved at a recent Ecan Council meeting, a number of appeals have been lodged with the High Court by water users/polluters, (irrigation companies & individual farms), and local iwi, (concerned about healthy rivers and mahinga kai).

The conflict is due to those who are presently profiting from liberal consents issued under the 2010 to 2019 regime when Ecan was run by Government appointed commissioners who prioritised economic growth in the region and who are now fighting to retain existing rights to use and pollute water within the Canterbury region.

Over allocation of water for irrigation and pollution of the region’s freshwater due to excess nitrogen leaching from farm land has reached unsustainable levels.

Ecan, (the Canterbury Regional Council) returned to full democracy in November 2019.   It has inherited a toxic legacy where once the Council and staff worked to promote massive irrigation schemes and economic growth above all else and is now being reined in by the Ministry for the Environment, along with urban councils seeking to protect sources of community drinking water.

In a battle between big business and the environment there can only be winners and losers. New Zealand’s leading law firms are the only sector able to cash in regardless of the outcome.

The Law – the RMA

S.80A of the Resource Management Act RMA (as replaced by S.26 of the RMA Amendment Act 2020) instructs the CLWRP to comply with the National Policy Statement for Freshwater Management NPS FM 2020 and be operative by 31 December 2024.

Canterbury legislation was enacted to facilitate irrigation. This is the legislation under which the CLWRP was developed along with the proposed Plan Change 7 (region wide) and Plan Change 2 (Waimakariri region).

The Ecan Act 2016, (repealed on 7 October 2019), required that during the transition period and for any decision not completed by 7 October 2019 any decision must have particular regard to the “vision and principles” of the Canterbury Water Management Strategy CWMS.

The Canterbury Water Management Strategy (CWMS) was a non-statutory drought plan developed in the 1990s by the Canterbury Mayoral Forum. The “vison and principles” of the CWMS were given legal primacy by the Ecan Act 2010, and thus the CWMS provided the legal reference for Ecan’s regional plan.

The CWMS has proved to be suitable only for advancing irrigation having achieved virtually none of its environmental or recreational fish related targets.

It has further “muddied the waters” by setting its aspirational environmental targets far out into the future.

Tim Davie, Ecan’s director of science, exploits this theme by trotting out his well-rehearsed line that Canterbury’s nitrate pollution “is a legacy issue that will get worse before it gets better”.

Lawyers will use this conflicting legislation to construct arguments to support their clients’ interests.

The August 2020 NPS FM standards came into force in September 2020, after public submissions on Plan Change 7 and Plan Change 2 had closed.

The changes to the Canterbury Land and Water Regional Plan were developed by Ecan staff and their consultants based on the 2014 and 2017 NPS FM standards.

The CLWRP was developed under the Ecan Act 2010. The time for implementing the Canterbury Regional Plan has been extended from 2025 to 2030.

It will be left to the Courts to decide whether the Minister for the Environment or the big players in Canterbury’s agribusiness sector have the final say. A cynic might think that the timing and changes to the Canterbury Regional Plan (and Farm Plans) were a deliberate ploy to entrench non-sustainable use of this region’s freshwater.